Egypt’s Minister of Antiquities and Tourism Khaled al-Anani has announced the country’s first archaeological discovery of the new year, located in the a vast burial ground in the village of Tuna al-Jabal in Egypt’s Minya Governorate, where the Egyptian mission led by Mostafa al-Waziri, Secretary General of the Supreme Council of Antiquities, excavated 16 tombs.

Said to belong to the high priests of the God Djehuty and officials in the 15th nome of Upper Egypt and its capital el Ashmunein, the tombs contain various artifacts, according to an official statement released by the Ministry of Antiquities and Tourism. 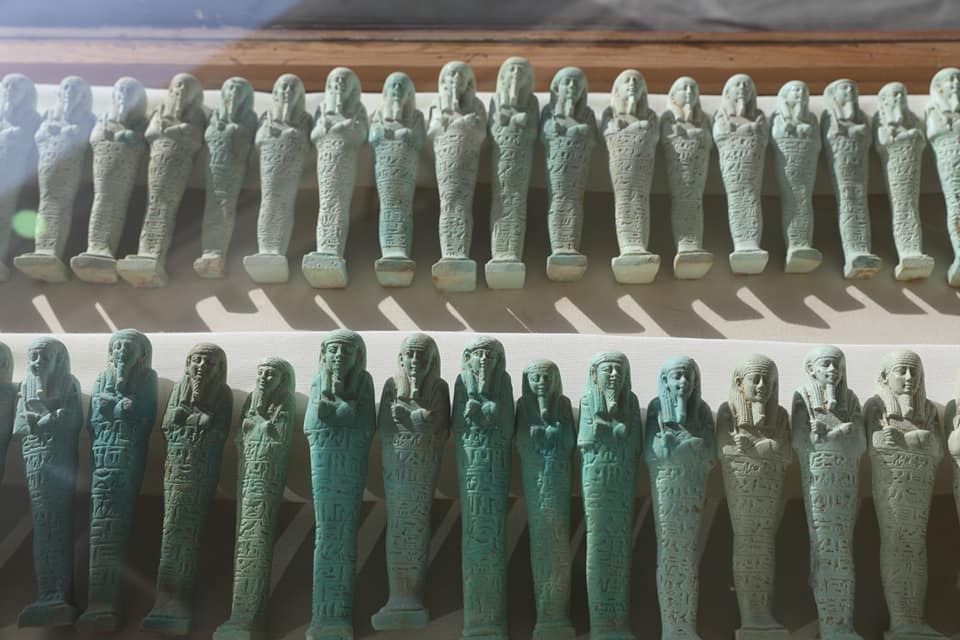 The official statement said that Minya Governorate, located in central Egypt, witnessed diverse archaeological discoveries and excavations since 2018, including a number of mummies and funerary collections featuring jewelry and other artifacts, which prompted Anani to argue that Minya is worth placing on Egypt’s tourist map.

The Egyptian mission unveiled 20 sarcophagi and coffins varying in shape and size as part of the latest discovery. 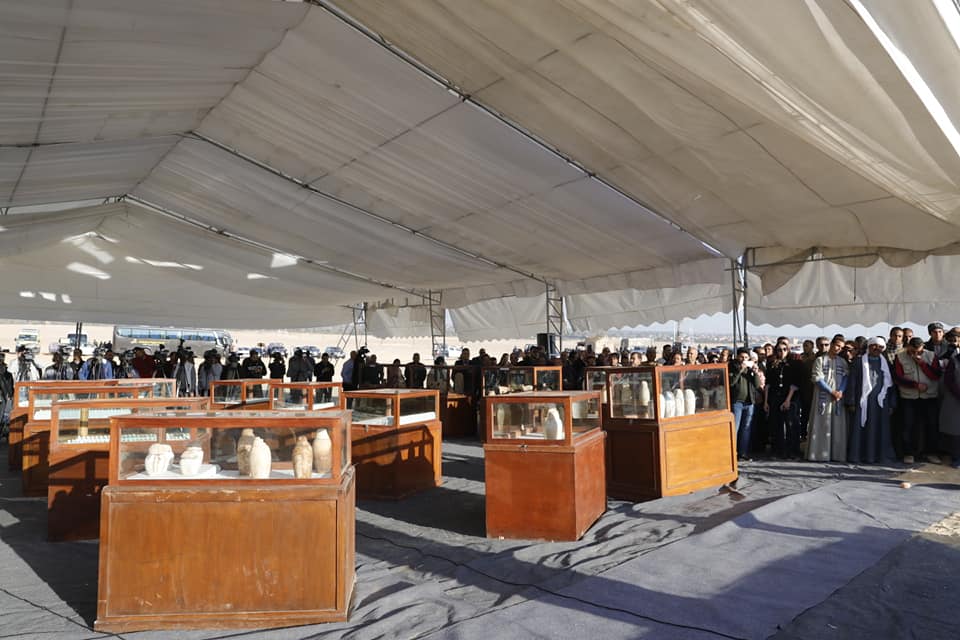 The collection includes 5 anthropoid sarcophagi made of limestone, upon which hieroglyphic inscriptions are carved. Wooden coffins inscribed with ancient names were found among the same assortment. Moreover, the mission removed around 10,000 blue and green ushabti ornaments marked with various letters. The statement said that the freshly excavated sarcophagus belonging to Djed of Djehuty Iuf ankh is considered among themes important discoveries of this season.