An archaeological mission from the Tourism and Antiquities Ministry discovered an ancient cave featuring a unique and diverse collection of carvings at Wadi al-Zulma, North Sinai, the ministry announced on Saturday. 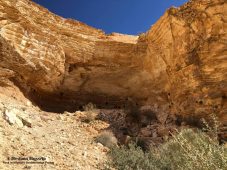 The head of ministry’s Egyptian Antiquities Sector, Ayman Ashmawy, explained that the archaeological cave is located at the beginning of one of Wadi al-Zulma’s tributaries within a mountainous area of limestone that is difficult to reach – about 90 kilometers southeast of the city of al-Qantara Sharq, and 60 kilometers east of the Suez Canal. 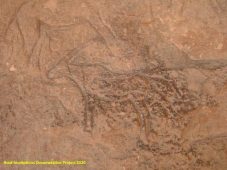 This cave is the first of its kind to be found in the area and is larger than the al-Zaranji cave recently documented in January, he added. 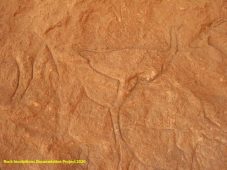 This cave features an utterly unique assortment of carvings unlike those from the South Sinai valleys, Ashmawy said. He added that they are almost akin to bas-reliefs, and they are currently begin studied to determine more about their history.

The Director General of the North Sinai Antiquities and head of the archaeological mission working on the cave Hisham Hussein explained that most of the carvings are within the cave’s inner walls and depict animals such as donkeys, camels, deer, mule and mountain goats. According to a Tourism and Antiquities Ministry statement, the cave is 15 meters deep and 20 meters high. The ceiling is made of limestone, and the cave is filled with large amounts of animal waste. 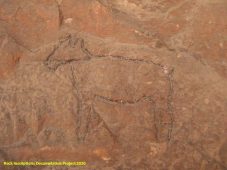 Ashes found inside the cave indicate it’s continuous usage by locals as shelter, where they might have stayed with their flocks during rain or winter. 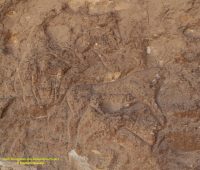