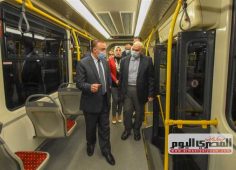 “We are keen to raise the efficiency and support of the public transport fleet in Alexandria and to develop all means of transport with the latest technologies of modern, environmentally friendly urban transport, as well as to provide comfortable and varied means of transportation at prices commensurate with everyone, which is what comes in the context of improving the service provided to citizens,” Sherif said during an inspection tour to the new tramcars and buses.

The governor thanked all employees of the Public Transport Authority in Alexandria, which he called an honorable rolemodel for the governorate as it moves steadily towards developing its services and is concerned with providing comfortable and varied means of transportation at affordable prices. 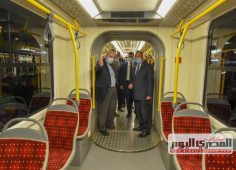 The head of the Public Transport Authority in Alexandria Mohamed Zakaria said that the total number of tramcars that have been contracted and manufactured in Ukraine is 15.

He added that eight tramcars were been introduced in service before, now the remaining seven trams entered into service.

Egypt contracted with Ukraine to manufacture 15 tram vehicles, eight of which were sent to Egypt until January 2020. 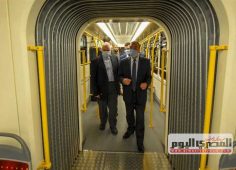 The tramcars manufactured in Ukraine are air conditioned, have glass windows, and use a safety system for passengers that prevents the doors from opening until the vehicle has stopped completely. The tramcars are equipped with a fire alarm system and are designed not to move until passengers have left the car, boarding has commenced, and the doors are closed — another safety feature. 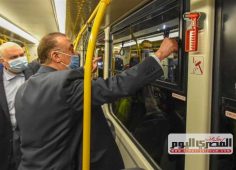 The tramcars are also equipped with sound and visual notifications for travelers of the next station and an audio warning for passengers about closing doors, in addition to an internal radio for communication between the driver, the conductor and passengers during an emergency and an external radio for announcements at various stations.

The wheel is also equipped with a flexible rubber system to ensure the tramcars will remain relatively quiet while running, and passengers will be able to view information about stops and routes on an electronic dashboard inside and outside the tram. 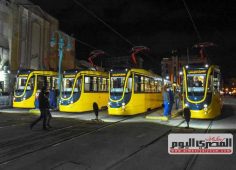 The tramcars can even travel without an electric current from the network for a distance of 1.5 km, according to Zakaria.

The Alexandria Tramway is popular with residents throughout the city and has been in operation since 1863.