A national investment conglomerate introduced on Wednesday a new electric car into the Egyptian market in hope of reducing the unlicensed tuk-tuks within the country.

The car, which has a local component of 45 percent, is being offered at a low cost to encourage the replacement of tuk-tuks. 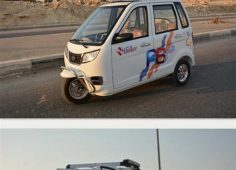 The conglomerate involved in the project includes EG Gate, a company of the Tahya Misr (Long Live Egypt) Fund, and Dolibaat Egypt for electric cars, in cooperation with an Interior Ministry company. 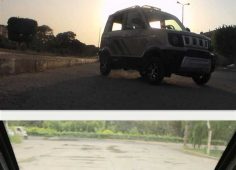 The company signed with Egypt’s Engineers Syndicate protocols to establish 28 training centers in the country to train engineers and technicians to work with electric cars, in addition to establishing 400 to 1000 service and maintenance centers and charging points.

The National Organization for Military Production and several other factories have signed agreements with Dolibaat to manufacture the cars.

The project is scheduled to launch Wednesday, with the introduction of new models and special discounts during the ceremony.

The new cars are a step forward in making Egypt a regional center for the electric car industry, which follows a recent directive issued by President Abdel Fattah al-Sisi.

According to studies, the project is expected to bring economic return for both buyers and the state.

Egypt has the second largest automotive market in Africa, and the 42nd largest in the world.

In recent years, the country has sought to revive its local automotive assembly market, including signing an MoU with Mercedez-Benz to develop an assembly factory in the Suez Canal Economic Zone.

The country has offered automotive companies a number of incentives to establish assembly factories in the country, including reducing or abolishing customs fees for imported parts and equipment.