Al-Masry Al-Youm has gotten a first-hand look at the development work and construction at al-Warraq Island.

The Warraq Development Authority affiliated with the Urban Communities Authority in the Ministry of Housing said it has acquired about 71 percent of the island through the consensual sale of citizens. 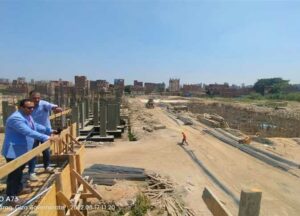 The photos obtained by Al-Masry Al-Youm showcase the progress being made on the residential towers, which represent the largest part most of the most important phase of development, providing housing for the island’s residents that wish to return.

The photos also include part of the construction in the service complexes, as well as the new sewage, telecommunications and electricity networks that paves the way for the comprehensive development of the island. 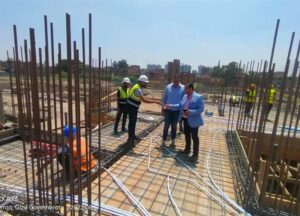 The Urban Communities Authority established the Warraq Development Authority inside the island, to work on the full follow-up of the development process, with engineer Osama Shawky is responsible for the authority at the present time.

Shawky said that the authority works around the clock to speed up the completion of the alternative housing to accommodate returning citizens. 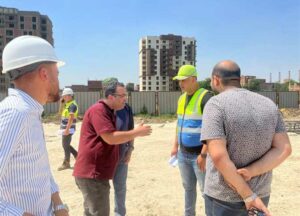 He referred to establishing six power lines down the Nile from Warraq to feed the island, with lengths of up to 1200 meters, the longest seen in Egypt and made specifically for the island.

Shawky said that water stations are also being established to provide water, in addition to signing a contract with the Gas Company to drill and deliver gas to the island, so that work goes in parallel in the construction and connection of utilities in preparation for the development of the city. 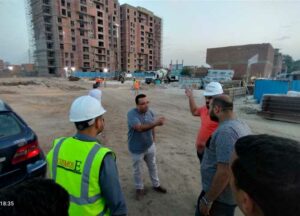 He explained that his authority purchased the lands of the people inside the island consensually, and the Warraq Development Authority owns 71 percent of the island.

Shawky said that there are facilities for the rest of the citizens, whether a citizen wants to sell land or has a house or wants an alternative unit, whether inside or outside the island.

Citizens will not need to leave the island to get what they need, he assured, as the authority will provide them with all that they need.