Civil Protection Forces and the Marine Rescue Unit in Alexandria found a dead fin whale on the beach of the Azur Hotel in Rushdi area, eastern Alexandria, and marine scientists said that it is native to the Atlantic Ocean. 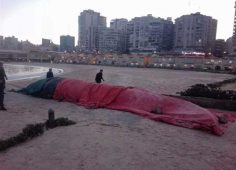 The marine and police authorities pulled the 12-metre fin whale out of the waters during the early hours of Sunday. 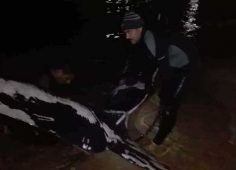 The test showed that it weighed about 4 tons and its native to Atlantic Ocean and likely reached the Mediterranean Sea via the Straits of Gibraltar. 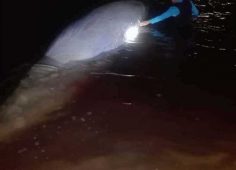 The whale was handed over to officials of the National Institute of Oceanography and Fisheries (NIOF) to take the necessary measures, and the case was referred to prosecution for further investigations. 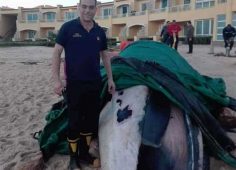 Egypt to annonce plan for rationalizing electricity in all economic sectors

Egypt aims to reclaim 3.5 million feddans in the coming period