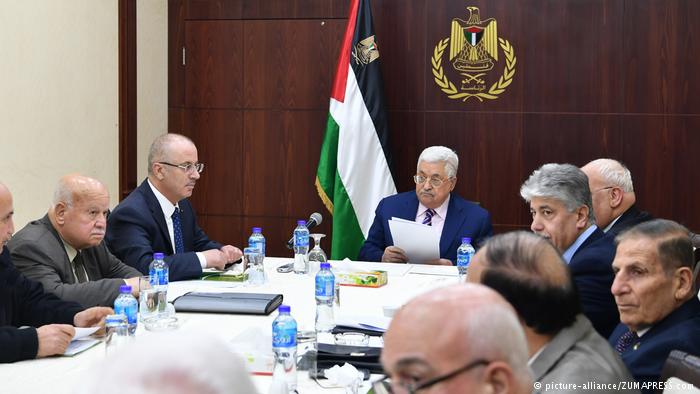 The Executive Committee of the Palestinian Liberation Organization (PLO) has ordered the Palestinian government to begin drawing up plans to disengage with Israel, the committee announced on Saturday.

In a statement, the PLO urged Palestinian President Mahmoud Abbas “to begin devising plans to disengage from the Israeli occupation authorities at the political, security, economic and administrative levels,” the official Palestinian news agency WAFA reported.

The PLO’s top leaders announced they would set up a committee to study a measure approved by the PLO’s Central Council last month that called for Israel’s recognition to be suspended until it recognizes a Palestinian state.

The Executive Committee did not go so far as to immediately implement the measure.

Should it be fully enacted, the move would threaten decades of formal relations between Israel and the PLO, as well as raise concerns about security coordination between the two governments.

Tensions with US over Jerusalem

Revoking the PLO’s recognition of Israel could also mean an end to a two-state solution for the region.

Hope for a peace deal involving two states has been dwindling following US President Donald Trump’s decision in December to recognize Jerusalem as the capital of Israel.

Trump’s decision to move the US embassy to the divided city has upended decades of US policy and prompted Abbas to reject any US-led peace efforts. Washington has also withheld millions in aid for Palestinian refugees, with Trump saying the PLO needs to return to the negotiating table.

Several Western countries have been urging Palestinian officials against suspending recognition of Israel, according to several diplomats.