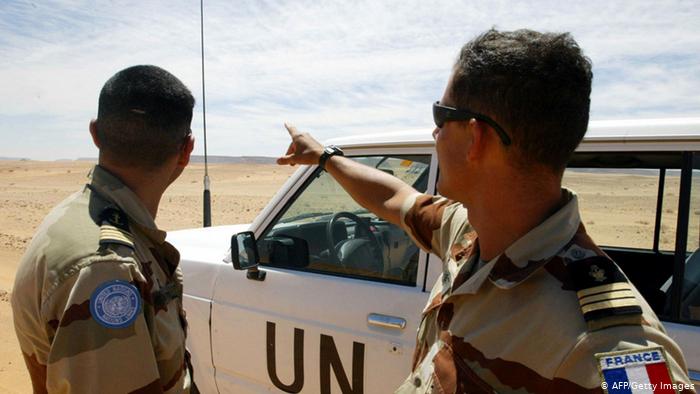 RABAT/ALGIERS (Reuters) – The Polisario group seeking independence for Western Sahara on Friday accused Morocco of breaking their nearly three-decade ceasefire and igniting a new war after Moroccan forces moved to reopen a road closed by protesters.

Morocco’s army said earlier it had erected a security cordon and would carry out an operation to restore traffic along the road, the main land connection linking Morocco to West Africa.

A Moroccan news site, le360, said the army had used anti-tank weaponry to respond to a Polisario attack. Reuters could not immediately verify that report.

Polisario had previously threatened to respond if any Morocco military or civilian personnel enters the Guerguerat area.

Pro-Polisario protesters have for weeks blocked the road where it passes through a UN-monitored buffer zone near the Mauritanian border after a UN Security Council resolution that included language seen as favourable to Morocco.

In a statement the Foreign Ministry said Morocco “had no other choice but to assume its responsibilities in order to put an end to the blockade … and restore the free flow of civilian and commercial traffic”.

Morocco took over the desert territory in 1975 when Spanish rule there ended and considers the phosphate-rich region part of its own country.

Last month the UN Security Council passed resolution 2548 which called for a “realistic, practicable and enduring solution… based on compromise”.

That language was widely seen as calling into doubt any referendum on the territory’s future – a goal long sought by the Polisario and backed by the United Nations in the 1991 ceasefire between the two sides.

Reporting by Ahmed El Jechtimi in Rabat and Hamid Ould Ahmed in Algiers, writing by Angus McDowall in Tunis, Editing by William Maclean and Raissa Kasolowsky

Image: MINURSO peacekeepers have been stationed in Western Sahara since the UN brokered a peace deal between Morocco and the Polisario Front in 1991 @AFP/Getty Images

French forces kill leader of Al-Qaeda in the Islamic Maghreb