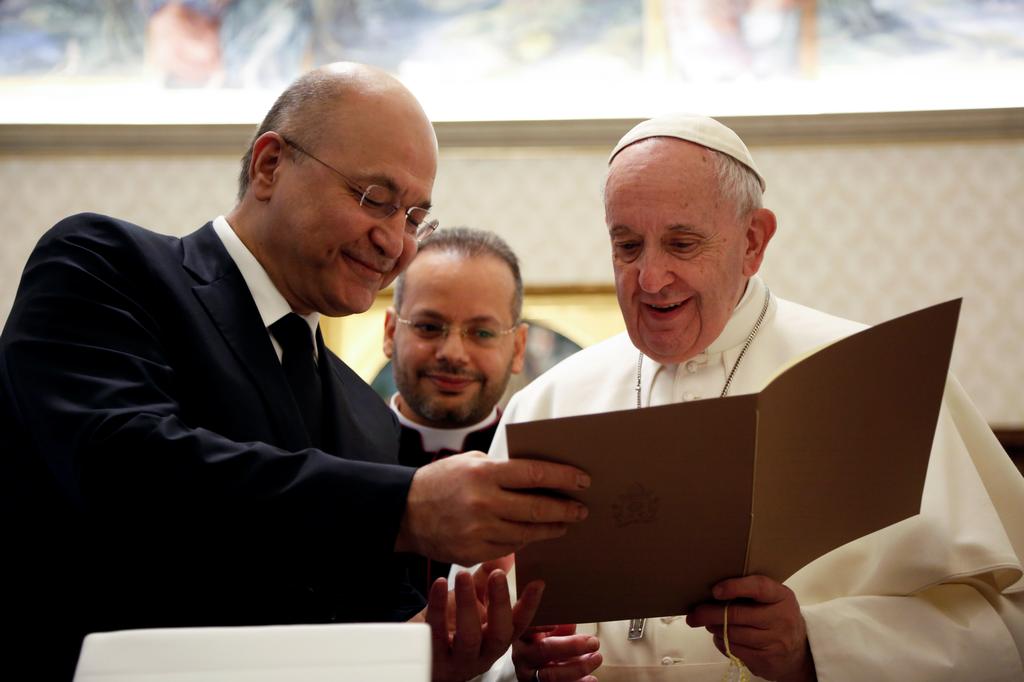 VATICAN CITY (Reuters) – Pope Francis met Iraq’s president on Saturday and the two agreed that the country’s sovereignty must be respected, following attacks on Iraqi territory this month by the United States and Iran.

President Barham Salih held private talks for about 30 minutes with the pope and then met the Vatican’s two top diplomats, Secretary of State Cardinal Pietro Parolin and Archbishop Paul Gallagher, its foreign minister.

The talks “focused on the challenges the country currently faces and on the importance of promoting stability and the reconstruction process, encouraging the path of dialogue and the search for suitable solutions in favor of citizens and with respect for national sovereignty,” a Vatican statement said.

On Jan. 8, Iranian forces fired missiles at two military bases in Iraq housing US troops in retaliation for Washington’s killing of Iranian General Qassem Soleimani in a drone strike a Baghdad airport on Jan. 3.

The Iraqi parliament has passed a resolution ordering the 5,000 US troops stationed in Iraq to leave the country.

Soon after the Iranian attack, Francis urged the United States and Iran to avoid escalation and pursue “dialogue and self-restraint” to avert a wider conflict in the Middle East.

The pope discussed the Middle East with US Vice President Mike Pence on Friday.

The recent tensions in Iraq could make it impossible for Francis to visit the country, which he has said he would like to do this year.

The Vatican said the pope and Salih also discussed “the importance of preserving the historical presence of Christians in the country”.

The Christian presence in Iraq and some other countries in the Middle East has been depleted by wars and conflicts.

Iraq’s several hundred thousand Christians suffered particular hardships when Islamic State controlled large parts of the country, but have recovered freedoms since the jihadists were pushed out.

Pope warns of risks from US-Iran tensions in policy speech