The Townhouse gallery’s Popular Show — a collection of hundreds of works by Cairo's amateurs and professionals — may have ended its run a few days ago, but the mark it left on the local art scene is indelible. The show was a way for curator Sarah Rifky (who is considering making this an annual event) to experiment with “radical hospitality,” opening up the vaunted art space to guests and artists. “There is a criticism that is always addressed to contemporary art spaces as being ‘elitist’ and ‘exclusive,’” Rifky told Al-Masry Al-Youm. “I was curious to see what would happen if this exclusivity was set aside. The Popular Show is an experiment of sorts where curatorially, I cannot control its content, but only its display.”

The show, which consisted mostly of painting and drawing with some sculpture and multimedia pieces, did not appear a direct response to Egypt's 25 January revolution but rather a cunning reflection of the way the events have seeped into the daily life of all Egyptians. Formal portraits, framed high on the wall, mingled with the torn pages of an artist's sketchbook along with straightforward photographs of Tahrir Square, the epicentre of the revolution's pro-democracy protests. One particularly striking piece commented on the deplorable conduct of state media during the revolution by cutting all the text from a copy of state run Al-Ahram newspaper and displaying it in a skeletal relief. Some pieces were culled from past shows such as Paul Geday’s Futuropolis exhibition, held last year at the Saad Zaghloul Cultural Center. That show commented on cities as spaces for imagination, and by transferring some of its work to the Townhouse walls, Rifky cements a dialogue between the two curators without commenting on it explicitly.

For a gallery space positioned within walking distance of Tahrir Square, such an exhibition, reflecting the harried and diverse thoughts of residents over the past weeks, responds to the collective consciousness much more effectively than a fastidiously curated exhibition. But just because it bucked the rules of art exhibitions, doesn’t mean the Popular Show didn’t present Rifky with a tough task and a lot of questions.

“The criteria for accepting art work was: Everything, in whatever quantity, with no restrictions,” she said. “We were allowing for maximal ‘freedom of expression’ and delimiting censorship entirely. We discussed what would happen if people submitted ‘offensive’ material for example, and decided that if we came across such a case, we would resolve how it was shown but would show it nonetheless. Amusingly, nothing was too overt or controversial, except for maybe one piece, which is on display but is not immediately noticeable (and I won't disclose which one it is, you have to find it for yourself).”

Solidarity, so celebrated during the revolution, may be dissolving amid the battling political parties, but at the Townhouse, it was on display. Works from men and women of all ages and religions were crowded on the gallery walls — giving the impression of the crowded personal collection of a very eccentric wealthy collector for whom the slapdash work of her grandchildren is worth as much as that of a professional painter.

Rifky, like most of the viewers undoubtedly, had a difficult time identifying favorites from the collection. “I liked certain works for different reasons. I like the work by the youngest participant (a four year old girl), and I like the two-part work that includes pre-displaying an abstract ink drawing of nude figures soliciting responses from passersby; I like that a member of the board submitted a work; I like the work consisting of only a mirror where the public is reflected, and I conceive of the entire show as a gesamtkunstwerk [universal artwork], and so I like the works as they make up the entire Popular Show.” 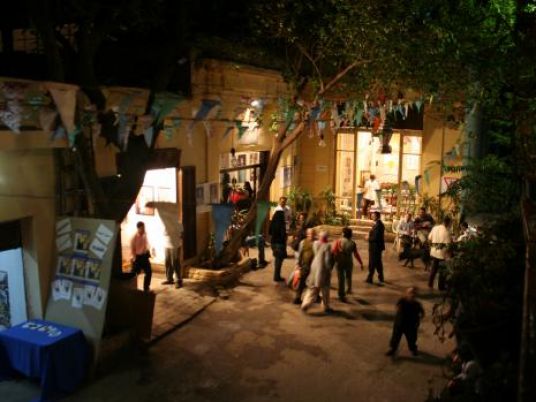 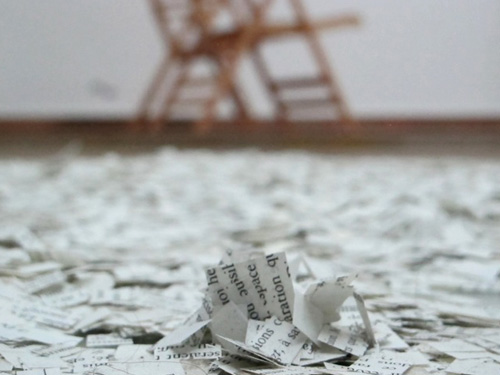 ‘What does a drawing want?’: Beirut’s second exhibit is both mysterious and topical 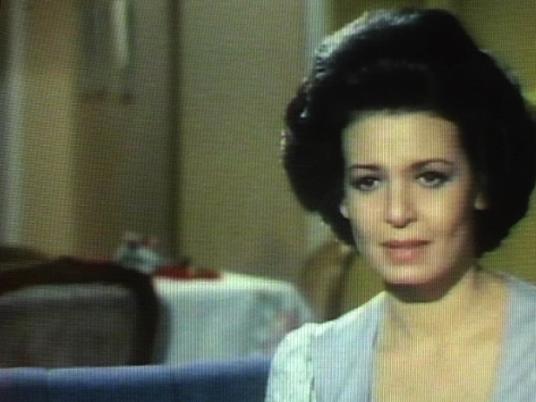 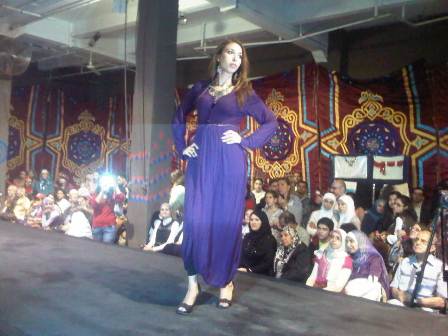 Fashion disaster at the Townhouse: My dress is Ugly