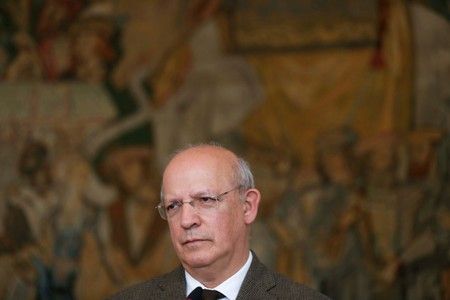 LISBON (Reuters) – Portugal stopped issuing entry visas for Iranian nationals while it upgrades security at its consulate in Tehran, not because of political issues or any security threats, the Portuguese foreign ministry said.

The suspension is temporary and alternatives will be put in place to issue travel documents to those who need them, the ministry said in a statement released late on Tuesday.

The move “does not result from an assessment of the general security conditions in Iran or any other institutional or political aspect,” the ministry said.

Earlier on Tuesday, Foreign Minister Augusto Santos Silva told a parliamentary committee that the issuance of visas had been suspended for unspecified security reasons.

Joao Goncalves Pereira, a lawmaker from the conservative CDS-PP party who had asked the minister about the suspension during the committee hearings, said that according to his information visas for Iranians had been suspended for two or three weeks.

The Iran embassy in Lisbon said a spokesman for the Iranian foreign ministry would issue a statement soon.