Hosted at the Four Seasons Hotel in Garden City, the conference focused on the necessity of changing the country's energy consumption by shifting to renewable energy sources, primarily solar.

Representatives from the German Embassy as well as the tourism and hotels industry attended. Prime Minister Hesham Qandil, Planning and International Cooperation Minister Ashraf al-Araby and Environment Minister Khaled Abdel Aal did not attend, due to an emergency Cabinet meeting with the president.

"Whether it's solar thermal energy or photovoltaic, the technology exists, and it is done all over the world. Why don't you do it?" Werner Koldehoff, member of the European Solar Industry Federation advisory board, asked Zaazou.

With the amount of sunshine the nation gets, it would be a waste not to use it, he added.

"Germany is assisting with various projects in Egypt, and we are trying to help with the transfer of technologies in the field," said Michael Bock, the German ambassador.

He laid down the road map for a 2013 project, "Download the Sun," which is aimed at encouraging the hotel sector to use the sun's energy to power green tourism.

"Germany is willing to help Egypt preserve its resources for future generations, and I say, let's start working today," the ambassador said.

Besides the political challenges facing the nation, much bigger obstacles will arise in the future that will affect the economy, social life and society, Bock said, adding that tourism is the only way out of this precarious economic situation.

Koldehoff gave an account of the amount of resources left in the world and demonstrated how desperate the entire world is for renewable energies.

“What many people don’t know is that we only have 30 to 40 years of uranium resources left in the world, and that all the other resources have less than 100 years reserves in the world,” he said.

The obvious solution to all these problems is the use of green energies. Some say the most important of all is solar energy, and Egypt has an abundance of it. “There are only a few places in the world with more solar radiations than Egypt,” Koldehoff said.

“The second challenge will be water. Desalination is an option but it’s an option that needs enormous amounts of energy, and cannot be fueled by oil and gas.” Koldehoff added. This is why the country is in critical need of renewable energy in order to meet its consumption needs.

Koldehoff stressed the importance of solar thermal energy as a solution.

“The food and hotel industry can use it, so can the agriculture, hospitals and government buildings. This can save a lot of resources. Of course these are ambitious projects, but it is not rocket science, it is ready and available technology that only needs to be implemented,” he said.

Dr. Ibrahim Samak is the Chairman and CEO of the Stuttgart based advanced technology firm, Engcotec.

“Sand is the main component used to produce photovoltaics,” he said, explaining that the Egyptian sand is some of the purest sand in the world, and it is a resource that should be utilized.

“Two-thirds of Egypt’s total land area consists of deserts, and we have to start making use of this space to create solar energy,” Samak added.

Koldehoff pointed out that Egypt has become a net importer for oil and gas, and that the gap between the resources it produces and its consumption would inevitably increase. Consequently prices will rise and subsidizing will not be an option.

The minister answered that there is a plan to slowly remove subsidies from electricity and oil, and that is why the government is encouraging the shift to renewable energies.

Zaazou also spoke to the hotel sector representatives about the three projects planned for 2013. One is to modify tourist buses to use natural gas instead of diesel, once natural gas stations are built; another is for hotels to use solar thermal energy. The third project is to implement intelligent lighting, which detects the presence of people and turns the lights on or off in corridors and hallways automatically, to save energy.

“Phillips wants to be part of this change and will help the sector with its technologies,” he assured.

Zaazou also promised that many local banks were ready to give easier loans for the hotels ready to invest in solar energy.

The vice president of the National Bank of Egypt told Egypt Independent that he is willing to finance what he believes is a positive step forward for the hotel industry.

“What gives us more guarantees is that most of the hotel owners are trusted clients of ours. These changes are improvement to their hotels, and I don’t see why we wouldn’t finance it,” he says.

He concluded by saying that although the tourism sector is in a difficult place these days, it is a very resilient industry that encounters regular ups and downs, but will always survive. “Egypt will always be a major destination.” 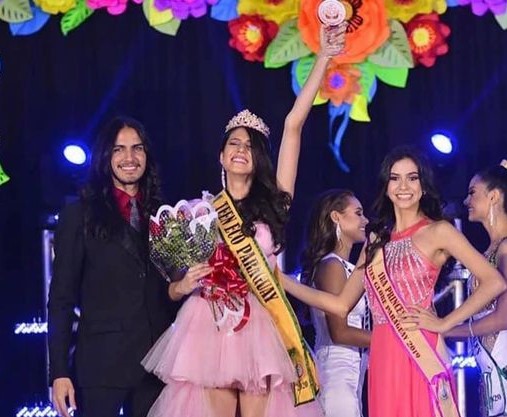