The figures announced by the Baseera Center for Public Opinion Research on the popularity of the president are unfit to serve as a true measure of his popularity. However, the problem is that the figures were compiled by semi-official body that was on Sisi's side until recently, but which apparently couldn’t continue to beautify the face of the regime anymore.

Or perhaps orders or directives were issued that the majority is still with the president, although it's down from 82 percent two months ago to 68 percent on Saturday?

In major and micro democracies, nobody gets this kind of percentage, which is huge by Western standards. So we should consider it as a natural evolution of a series of policies that have not been supported by Egyptians. In our country we are only convinced by 90 percent, but it's a ratio that has been invalidated by time after two revolutions.

But let me first emphasize that I have no option but to believe these numbers, because we do not have the luxury of multiple polling operations. The other operation is the Ibn Khaldun Center for Development Studies, which is externally financed, and thus may be biased in favour of the opinion of its financial backers.

So we have no choice but Baseera, even if the poll is done by way of landline phone calls to people over 18 years-old, and only included 1,520 citizens from all governorates of the Republic.

It's no cause for concern that the president's popularity has dropped to 68 percent. He is still in the safe zone, but the danger lies in several things, which I will outline here on a purely scientific basis.

1.) Fifty-three percent of poll respondents with a higher-education qualification would be willing to re-elect Sisi now. The significance is that young people have lost confidence in the future in the country. And that 60 percent of Egyptian youth did not find any media sources capable of reassuring them with regard to the future. They found themselves trapped between hypocrisy, glorification and distortion. When the younger and older generations are combined, the percentage rises to 59 percent.

2.) In opinion polls, it is normal to see a difference between figures for the first and second years. But during the first 24 months, the president's level of support fell from 97 percent to 91 percent, then to 82% in June this year, and then to 68%.

Scientifically speaking, the president is making withdrawals on his "overdraft" facility. Sisi's principal balance was safety and security and saving the state from the Brotherhood and the fate of Syria and Iraq. The fact is that the citizen taking part in the poll doesn't know about the government or parliament or Facebook. He blames the president for the problems, and that' has been our habit since 1952.

The most important reason given for not approving of Sisi is high prices, at 74 percent. The significance is simple: the pocket of any citizen determines the future of any president. Not only Sisi, but any president and any people in any part of the world.

3.) The most dangerous question in the Baseera poll was whether respondents would elect the president over another candidate. The problem is that the answer was not specific. Twenty-one percent said that their decision would depend on who else was in the race, while twenty percent said they would not, regardless of who was running in the elections.

This means that 42 percent said they would choose another candidate, assuming he has power, popularity and experience. Of course not ElBaradei, nor Hamdeen, nor Essam Heggy. But perhaps Shafiq, if they released him, but that's another story.

4.) I said that the president is still in the safe zone, despite losing about 30 percent of his approval rating. Here the president's advisors must look into those figures realistically and take practical steps to raise it again. There is no room now to accuse the media, saying that they are creating a pessimistic climate, since almost all TV satellite channels have been nationalized and new stations have been established. Troublemakers have been disciplined and opponents contained.

Rather, there must be another initiative from the presidency's side to achieve a breakthrough in popularity.

5.) The president needs again to introduce high-caliber politicians to his office. Some of them were present during his presidential campaign under President Adly Mansour, such as Mustafa Hegazy, Hazem Abdel Azim, Ahmed Maslamani and Amr Shubaki. There is no problem in making use of the generation who worked with Mubarak, those who did not face criminal charges, such as Dr. Mustafa Fiki, Mohamed Kamal, Jihad Ouda, and Ali Eddin Hilal. They are definitely much better than the untalented social-media bloggers and journalists the regime using.

President, frankly speaking, you will be needing those who have mastered politics.

For example, they could have advised you to postpone the administrative capital project for a couple of years and use the money for a public health-insurance system that treats Egyptians without charity, rather than impose on them a fee for the treatment of affluent judges!

6.) President, take note that the new Suez Canal development, which you consider the crown jewel in your achievements, is losing in popularity. Those admiring it have fallen from 35 percent to 19 percent. And this is not only due to skepticism regarding its uefulness, but also because people see it as contributing to consumer inflation, the rising cost the dollar and the deterioration of the Egyptian pound.

Finally, there is a category of people that I wish you would get rid of, which those who recommend crying over spilled milk, because this goes against all economic theories.

In their view, continuing to flood the land with milk will result in more cows needed for milking, and the land will just be flooded all over again.

President, the Stone Age is over and the Age of Man has arrived.

Lord, be forgiving and kind!

Egypt expecting over one million Russian tourists in 2021: official 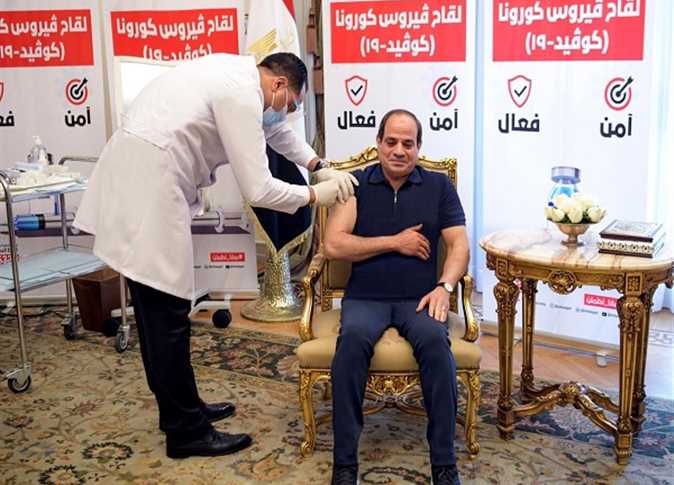