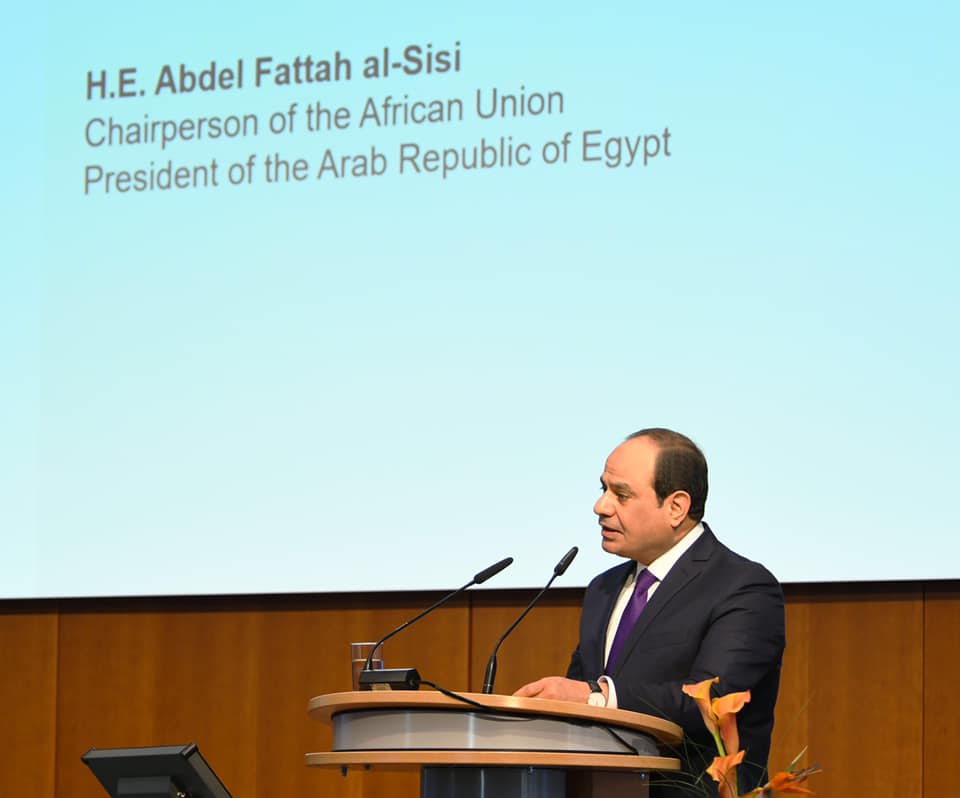 Egyptian President Abdel Fattah al-Sisi during his trip to Germany called on the international community to provide all possible support towards Africa to help it confront the challenges of debt burdens, poverty, endemic diseases, climate change and migration.

Sisi added that Germany’s initiative to establish a fund to encourage investment in Africa is an important development to achieve common goals.

In his speech at the informal session on investment in Africa at the G20 Compact with Africa (CWA) Summit held in the German capital Berlin, Sisi said that Germany, with its distinguished expertise, financial and technological capabilities, is a reliable strategic partner at various levels.

The honest assessment of the Egyptian-German relations shows it as a role-model for political coordination, consultation, and building economic and trade partnerships based on mutual interests and benefits, he stated.

At his residence in Berlin Sisi on Tuesday also met with German Defense Minister Annegret Kramp-Karrenbauer.

The President affirmed Egypt’s keenness to further strengthen ties with Germany at various levels, especially in the military field, in light of the challenges facing the Middle East.

He said that Egypt has enormous responsibilities in combating terrorism, controlling borders and preventing illegal immigration.

Merkel to Sisi: We are keen to expand joint cooperation with Egypt across various fields