Egypt’s National press agency (NPA) on Wednesday is considering a decision to increase government newspapers prices due to the rising cost of paper, which has surged 100 percent in the last period.

During a meeting today with the NPA and Chairmen of the Board of Directors of the National Newspapers, along editors of private press institutions, discussed current issues such as poor distribution and lack of advertisement, along with the increase of printing prices which have all weighed badly on the print newspaper industry.

Head of the NPA Karam Gabr said that they would discuss strategies proposed by editors to manage these issues, noting that all proposals would be compiled and formulated into a final decision by all parties.

Head of the Egyptian press Syndicate and chairman of Al-Ahram, Abdel Mohsen Salama  hoped that the government could subsidize paper prices due to it’s importance for the press industry in Egypt.

“We are in a critical situation,” Salama said, “We need to save the press industry as it’s an instrument of enlightenment in society.”

Salama added that the cost of daily national print newspapers might increase to LE 3 compared to the previous LE 2, while weekly ones could now cost LE 4.

Abdel Fattah al-Gebaly, deputy of the Supreme Council for Media Regulation, said that the crisis of high prices of newspapers is twofold; the first relates to the press as a whole and the other part relates to the high costs of paper and printing.

Gebaly called on the state to intervene, such as developing a support program to develop a radical solutions to this crisis like developing paper mills in Upper Egypt or attracting investors in the paper industry.

He also demanded a study examining to what extent the prices of newspapers could be raised before it would severely impact distribution.

UPDATE: The meeting has finally agreed on the prices for newspapers, and the rising costs will apply to all newspapers in Egypt and not just government-owned, along with the study to study the impact of these costs which will conclude by next week. These increases will commence starting on September 1. 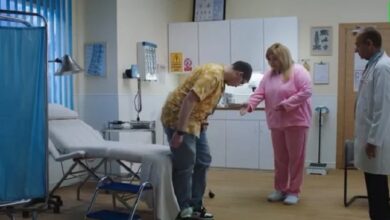