On Friday morning, Nader Bakkar, wearing a white robe, ascends to a mosque pulpit and delivers a sermon to worshippers performing weekly congregational prayers. During the rest of the week, Bakkar dons a business suit and a necktie and visits the studios of satellite television channels to speak on nightly talk shows.

With his soft voice and calm temper, Bakkar has seized such media platforms to diffuse stereotypes about Salafis and represent the views of the Nour Party, the country’s largest Salafi party. In only a few months, his TV appearances coupled with his newspaper columns turned him into a Salafi public figure.

“I represent a generation of educated and well-read youth who work for international organizations. I belong to the internet generation,” Bakkar, a member of the Nour Party’s High Board, tells Egypt Independent during an extensive interview recently. “The media has always preferred not to present this profile and focused on the repulsive, backward Salafi, who believes that everything is haram. I try to challenge this stereotype.”

Part of him shaking the stereotype is highlighting that his mother is a working woman and that he has no intention to challenge his wife's right to work after she completes her undergraduate studies at pharmacy school.

“Who has said that women's work is haram?” says Bakkar, adding that a woman can take any profession that would “respect her.”

“She can be a journalist, a doctor, a teacher…” says Bakkar. Although his mother and wife wear the niqab, Bakkar says he believes a Muslim woman is not obliged by Islamic Sharia to cover her face.

Since the fall, the 27-year-old preacher-politician has risen to the fore as a spokesperson for the Salafi party who seeks to build bridges with other political forces but refuses to make concessions on his Salafi ideology.

“There is a lot in common between us and others,” he says. “We share a whole country all together.”

“It is not smart to keep looking for differences with others but to search for what is common. However, searching for a common ground does not mean that I give up my fundamentals,” says Bakkar.

These fundamentals include the pursuit of a constitution that broadens the scope of Islamic Sharia. Bakkar's party is expected to push for a rewording of the old constitution's stipulation that the principles of Islamic Sharia are the primary source of legislation. Bakkar hopes to substitute “commandments” for “principles.”

“It (the old constitution) tightens the scope of Sharia a lot,” he says.

Bakkar also hopes that the new order will grant Al-Azhar's Islamic Research Academy the right to vet any bill that requires a religious opinion.

The Nour Party holds more than 20 percent of post-Mubarak parliamentary seats and stands as the second largest parliamentary bloc after the Muslim Brotherhood’s Freedom and Justice Party. However, the Nour Party’s core principles are expected to trigger the outrage of secularists who fear the creation of a religious state.

Embracing Salafism as a student

Bakkar was born in Alexandria in 1984 to a father who worked as an Arabic teacher and a mother who still works as a clerk at the state notary.

As a sophomore at Alexandria University's Faculty of Commerce, he was introduced to Salafi thought. He says the 2003 US invasion of Iraq was the trigger to embrace Salafism, a school of thought advocating a literal interpretation of Islam.

“The Iraq war had shocked me and made me feel that Islam was the target,” remembers Bakkar. “I started going regularly to the mosque and attending religious lessons.”

Back then, he was particularly attracted to the famous Salafi preacher Mohamed Ismail al-Mokadem, one of the leaders of the Salafi Dawah, which is based in Alexandria. Eventually, Bakkar joined the Salafi Dawah.

Under President Hosni Mubarak, Bakkar’s Salafi activities were confined to local mosques. For almost eight years, he has been delivering sermons to worshippers in the Mediterranean city’s mosques, a practice that he believes has prepared him for his current political role.

“Preaching has given me the ability to deal confidently with the media,” says Bakkar.

Like all Salafis, he remained aloof from politics before the 25 January revolution.

“We believed that we should not participate in politics because there were actually no politics. Participating would have been a form of deceiving the people and improving the image of the regime,” says Bakkar, in an oblique reference to Mubarak’s authoritarian regime that allowed opposition parties to exist and engage in elections for window-dressing.

But Mubarak’s ouster encouraged Bakkar and thousands of Salafis to join the world of partisan politics for the first time.

“I was convinced then that we should prove that the Salafi idea could be applied to different aspects of life,” says Bakkar. “So I felt that I should contribute.”

Along with some 5,000 other Salafis, he co-founded the Nour Party, which is the political arm of the Salafi Dawah.

Bakkar believes that his previous professional experience as an executive manager at a regional healthcare company and the several diplomas he earned in management and governance armed him with the necessary skills to contribute to building a political party.

“My work has taught me how to make decisions and to run a team, and this is politics,” says Bakkar, who co-owns and runs an Alexandria-based company that promotes “strategic management.”

In the lead-up to the 2011 parliamentary elections, Bakkar rose as one of the party’s prominent and influential leaders, despite his young age.

According to Ahmed Shalata, an expert on the Salafi movement, Bakkar’s ascent is not necessarily evidence of his precocity as much as a reflection of the party’s generational dynamics.

“There is a very large segment of young people within the Salafi Dawah and the Nour Party. The rise of Bakkar at that age is related to the fact that the party has imposed a 20 percent quota for young members [below 35] in senior offices,” says Shalata.

Bakkar’s strong ties with Yasser Borhamy, the vice-president of the Salafi Dawah, and Emad Abdel Ghaffour, the Nour Party’s president, also helped him assume such a prominent position within the party, added Shalata.

Since Parliament was sworn in, Salafi MPs have at times shocked liberals and observers with incendiary statements that invoked the Islamic Sharia. On the day the People’s Assembly was sworn in, Nour party MPs insisted on adding religious references to the official oath.

Later on, some Nour MPs made controversial statements that were taken as evidence of their inexperience and political recklessness. A Salafi lawmaker accused revolutionary groups of consuming drugs and serving foreign agendas during the clashes that erupted between protesters and the police outside the Interior Ministry in the wake of the football riots that left more than 70 people killed in Port Said in February. The comment was widely seen as politically insensitive and opened the door for the party to be grouped in with counter-revolutionary forces.

Later, another Nour MP called for stopping English language instruction in Egyptian schools, arguing that it could westernize children. That kind of statement is unlikely to come from someone like Bakkar, who studied commerce in Alexandria University's English-language division.

On some of these occasions, Bakkar had emerged as the party’s apologist. In both social and conventional media, Bakkar apologized on behalf of his party for such attitudes, contending that they did not represent the party’s true line of thought.

“I totally understand that some [Nour MPs] used a certain language that was not political or diplomatic enough,” admits Bakkar, who contends that as time passed, the performance of Nour MPs has improved.

Many pundits saw Bakkar's recurrent apologies as an indicator of a lack of cohesion among Nour’s members, a criticism Bakkar vehemently opposes. “This matter was overblown in order to hurt my and the party’s images,” he says.

“I only apologized three times and these occasions were few and far between. But the matter was portrayed in a certain manner to show that our performance is a failure.”

“You could speak of internal differences if there was a verbal war between members,” he says. Accusations of lack of uniformity would have been true, “had any Nour MP come out and told me it was none of my business and that I had no right to apologize."

Hesham Abouel Nasr, a former leader of the Nour party, might have a slightly different account. He pointed out that Bakkar bypassed the party’s leadership on some occasions in which he commented the performance of Nour MPs.

“Bakkar has a charisma and despite his young age, he could be the party’s spokesperson. I consider him a very important figure. Yet, there were few incidents in which he acted with some recklessness,” said Abouel Nasr, a former member of the party's High Board.

“Bakkar made some announcements without consulting with the party’s High Board first…He had said once that we would interrogate one of the MPs and this had pissed us off,” added Abouel Nasr, who quit the party earlier this year on grounds that Egyptian society is not ready for an Islamist take-over. The 45-year-old intensive care physician by training preferred to return to preaching in order to propagate the Salafi message further and prepare society for a future Islamist ascent.

Bakkar's engagement in politics never comes at the expense of his role as a preacher. Since Mubarak's fall and the dismantling of his notorious state security apparatus which used to harass Salafi religious leaders, Bakkar, the sheikh, says he has branched outside Alexandria. Videos of him delivering sermons in different provinces are available on the internet.

While he takes pride in his political and religious talents, some experts dismiss this dualism as evidence of the Nour Party's failure to draw a line between proselytizing and political activities.

“This is a big crisis that the party has to overcome,” says Shalata. “The sheikh mentality still controls many of the party's men.”

Shalata adds that most Nour Party leaders deliver Friday sermons and give religious lessons in mosques.

The leaders' religious outlook prompts them to judge situations according to their conformity with Islam rather than the benefit or the harm they could inflict on the country, Shalata argues. 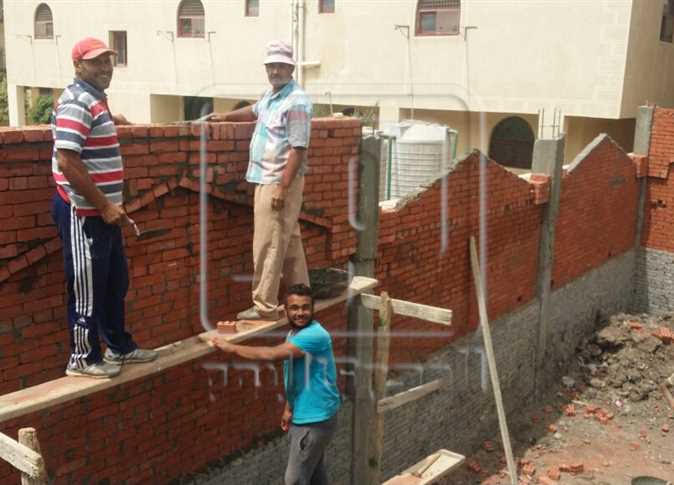 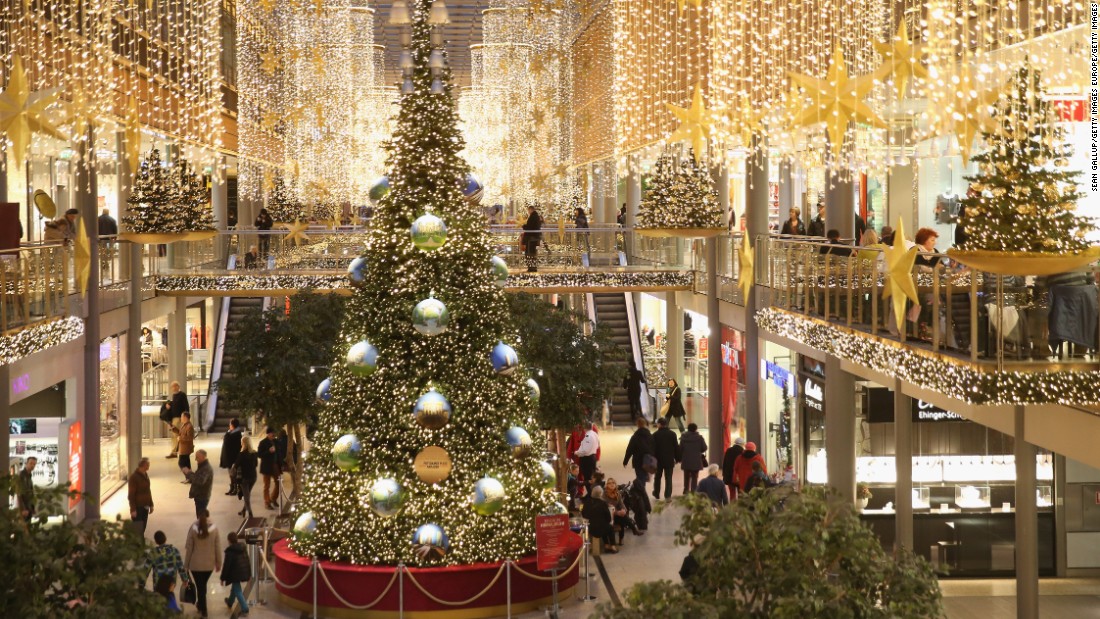