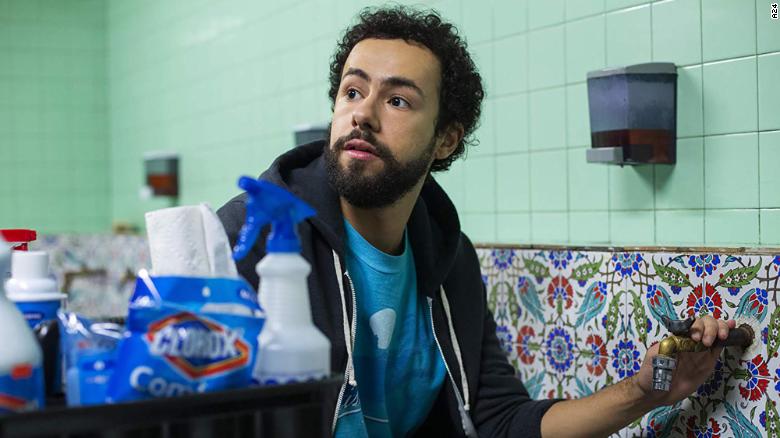 It wasn’t just me, or at least that’s what I assume, that thought our feelings while following the Golden Globes ceremony were all positive – similar to our experience with football, where we consider every victory achieved by Mohamed Salah as a victory for us all.

Though he plays at the English Premier League, Salah has become our representative even though his home country didn’t help him much at the start. Whenever he did play with our national team, Salah encountered a lot of mistrust and even legal troubles forcing him to make a strongly worded speech against them.

Everyone is aware that had Salah continued to play football in Egypt, amid the old regulations of the Egyptian Football Association and the struggles and hits below the belt they exchange, he would have often ended up on the bench.

The global opportunity saved him from this painful fate, and despite that Salah remains the joy of Egyptians, and indeed all Arabs.

They regard Salah as their football ambassador to the world.

We have a precedent in scientist Ahmed Zewail, the Noble prize laureate – could he have accomplished anything in Egypt? He would have been chased on accusations of thinking out of the box, and he might have been excluded from a dispatch or a post, given instead to the son of a university professor.

Magdy Yacoub is another clear model of the Egyptian genius searching for a healthy work environment.

All these successes made by Egyptians across different fields such as sport, art, science and medicine is due to the availability of an environment suitable for creativity.

I am absolutely proud, as an Egyptian, that we have three stars who are compassionately eager to publicize their identities, and I don’t mean the passport they hold, which is often American.

My point is that they cherish their genes and declare them with every success they achieve.

Ramy Youssef was preceded by Rami Malek, and Mena Massoud; Malek when he received the Oscar for the Best Actor last year for the movie “Bohemian Rhapsody” (2018), and Massoud after his movie “Aladdin” (2019) made one of the highest revenues in 2019.

When Massoud came to Egypt at the invitation of the El-Gouna Film Festival in September, he spoke in the Egyptian dialect, and chose Abdel Halim Hafez as an influential figure he wanted to play in a drama work through his new company.

The emotional connection with these wonderful people is the depth of the story. We watched Ramy Youssef ascend to the stage at the Golden Globes ceremony with the music of Hani Shenouda, which composed 40 years ago in the Arabic note ‘Longa’ playing in the background.

Youssef embraced the golden award and expressed his happiness with “Allahu Akbar” (God is great).

His series “Ramy”, which the Egyptian actor stars in, is about an Arab Muslim who lives abroad and wants to become part of his new society, far from looking at as a threat.

These three stars deserve our hospitality so they remain at the forefront of our attention.

We must search for an attempt to involve them in a festival officially bearing the name of Egypt, by which I mean the Cairo International Film Festival – and this is a proposal to Mohamed Hefzy (the president of the festival), I hope that he will start from now communicating with our Egyptian stars so they illuminate with their presence our hearts thirsty for joy!

Five things to watch for at Golden Globes