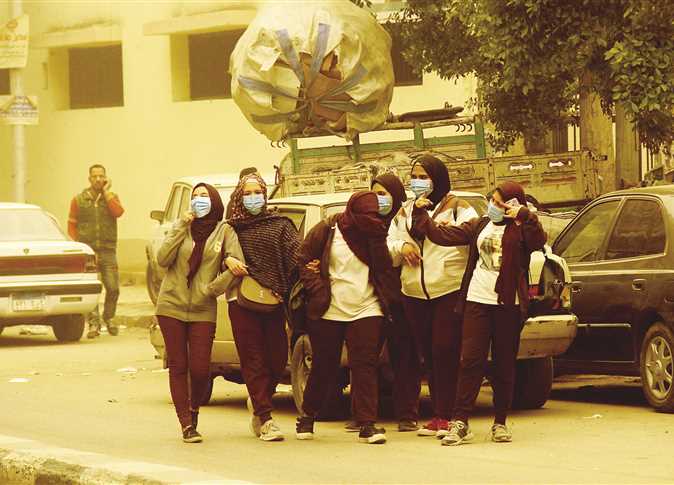 A severe sandstorm on Sunday morning hit Qena governorate and the Red Sea cities of Ras Ghareb, Hurghada, Safaga and al-Qusair, causing low visibility and a rise in sea waves.

The Red Sea Ports Authority has not announced any decisions on the closure of Safaga and Hurghada ports, although small boats have stopped fishing due to the awful weather.

Air traffic at Hurghada airport has not been affected by the storm.

The traffic authorities in Hurghada instructed drivers to be careful on highways, recommending them to stop until the storm is over.

Qena Governor Abdel Hamid al-Haggan announced a state of emergency to cope with the weather, in anticipation of rainfall.

Meteorologist warns of bad weather from Wednesday till Saturday