This week, the Bibliotheca Alexandrina is celebrating the golden Jubilee of the famous Reda Troupe for folkloric arts. The celebration, from 15 to 17 December, marks the 50th anniversary of the band that began Egypt’s folk-art movement.

Along with the troupe’s lead dancer, Farida Fahmy, and band founder Mahmoud Reda, numerous well-known dancers are scheduled to attend the event.

Mahmoud Reda was lead dancer until 1972, teaching the dancers and directing all stage performances. With his groundbreaking choreographies, he created a new dance form incorporating many diverse styles. Farida Fahmy was lead dancer for twenty five years. A role model for recruited dancers, her grace and elegance immediately captured the hearts of the Egyptian public.

Although he stands at the cusp of his 80th birthday, dance legend Mahmoud Reda is still in good shape, while Farida Fahmy remains elegant and charming as ever.

In an exclusive interview, Al-Masry Al-Youm spoke to these artistic pioneers about love, the state and–of course–dancing.

Al-Masry Al-Youm: Your relationship with the state began as early as 1961, only two years after the troupe was formed. How did that affect you?

Mahmoud Reda: It had its good and weak points. In the beginning it was great. The deal was clear: we tell them what we need as artists, and the ministry provides us with the money and means. However, we had ups and downs. It always depended on the minister of culture, and we’ve seen almost twenty of them. If the minister likes the troupe, we’re fine–if he doesn’t, it’s bad news.

It’s very complicated. The minister of law is a lawyer and the minister of health is a doctor. But the minister of culture is unlikely to be a dancer. He could be interested in theatre, music, cinema or dance. He can’t be an expert in all of them.

Al-Masry: Why did you have to be attached to the state? Why not a private troupe?

Farida Fahmy: We couldn’t. All theatres were owned by the state. And we couldn’t afford to, anyway, because by then we had grown to become a troupe of more than a thousand dancers, musicians and administrators.

Reda: When we joined the state, we gradually became an institution–and a government one, with many departments such as development, management and transport. And we, the artists, gradually became part of this.

Then, in no time, I turned 60. I had to retire–and the state kept the troupe. It’s as if they took away my shadow. They don’t even consult me or Fahmy, and the result is sad. It’s still called the Reda troupe, but it has nothing to do with us anymore.

Al-Masry: How did you manage to put on such lavish shows? The costumes, the props, etc., must have cost a lot–especially back in the 1960s and 1970s.

Reda: we always argued about financial matters. I would tell them I wanted silk for the costumes and they would ask why I didn’t get cheaper material like cotton. In the film "Karnak," there was a dance in which we used apples. The officer in charge advised us to use oranges because they were cheaper. But we kept negotiating until they got us a kilo of apples.

Even worse, I wanted a prominent Egyptian composer, the late Mohammed Abd El Wahab, to compose music for my new show. But the management said no, he’s too expensive, and told us to look for the least expensive composers available.

Al-Masry: You have performed at numerous theatres. What is your favorite venue?

Reda: Our best days were at the Engineers Syndicate. The stage was so clean and the seats were very nice. There, [late president Gamal] Abdel Nasser came to see the show several times, as well as [Yugoslavian President] Josip Broz Tito. That was before we were owned and controlled by the state.

Al-Masry: When you began dancing, did anyone in the family object?

Reda: No one objected. My mother was so proud of me. She was a regular guest at my performances. My brother was a bit skeptical at the beginning. I was a fresh graduate and was hired at a petrol company, so I had a decent salary. So he asked why I was leaving a good career to dance. "What are you going to do when it’s over?" he said. But after more than 40 dances, I realized that folklore is a never-ending treasure.

Fahmy: My mother was also proud of me. She was an artist herself and she designed a lot of the troupe’s costumes. My father was a university professor. He used to joke about it, saying that instead of people referring to me as Hassan Fahmy’s daughter, they now refer to me as Farida’s son. His only condition was that I continue my studies. So I kept studying and dancing until I got my Master’s Degree from UCLA in the US.

Al-Masry: How did you deal with the stereotypes associated with dance and folklore?

Fahmi: I always regarded dancing as a respectable art form and never thought of the bad images associated with dancing. When I started dancing, I was young and I wasn’t thinking. I was just dancing and studying. When I sit now and think about it, I realize that I’m so lucky because I did what I loved most. I worked as a dancer, and a successful one.

Reda: I was very aware of the problem. Egyptians had this love/hate relationship with dancing. There is a dancer at every wedding, but if you ask a taxi driver, what he would do if his daughter became a dancer, he would say, "I would kill her."  I was conscious of the social image of a dancer. I wanted to stress that we are doing art. I paid attention to all the details: Choreography, steps, colors, music. We had a great orchestra, our costumes were covered and our dance routines were always respectable.All our dancers were university graduates.

Al-Masry: Did you ever have to improvise on-stage?

Reda: No. We improvise off-stage, but never on-stage. Once we were invited to a king’s palace–I will not mention his name–and he asked Farida Fahmy to dance. We refused, and he understood.

Al-Masry: When you perform traditional Egyptian dance and music in Europe or the US, do you feel this is taking things out of context?

Fahmy: We are as successful outside Egypt as inside Egypt. Showing the world Egyptian dance is an art that goes straight to the hearts of the people. It is so lively.

Reda: When performing outside Egypt, I try to consider the language. So I choose dances with less words, more music, less complicated plots. The most rewarding thing is when you see the intellectual and refined audience in Paris taking a day off to watch our performance.

Fahmy: It was a very tough decision. I thought about it and said to myself, "I’m young and beautiful now, but it won’t last. Sooner or later, I will become old and have to retire." I thought it was right to quit when I was at the peak of fame.
Al-Masry: And why did you disappear?

Fahmy: I traveled to the US to get my degree in dancing ethnography. When I came back, my husband was very sick and then he died. I didn’t take it well and was depressed for years. And by then my mother was very old. So I decided to take care of her and enjoy her company to the fullest. For ten years, I only did that until she passed away.

Al-Masry: After being in the limelight, what is life like now?

Fahmy: Until five years ago, people used to stop me on the street and take photos with me. Now it’s very rare. Only people my age recognize me. But people really like us. I was walking down the street and a woman stopped me and asked, "Are you really Farida Fahmy?" She started crying and called her sons who took a photo with me.

I’m keeping myself busy. I just finished my book, "Dancing is my life," which took some time to write. And I sometimes give a lecture here, a training seminar, or a dancing course there. Sometimes I travel with Reda. I still enjoy love and pampering by people. Like here in the Bibliotheca at this celebration. I feel thrilled by people’s attendance and contributions; the joy and love I see in their eyes.

Al-Masry: Are you more appreciated outside Egypt than inside?

Fahmy: You mean by officials? We don’t care. We were honored by President Nasser–that’s enough for us.

Reda: And the Bibliotheca honored us four times within a few years. We really feel thrilled and honored. 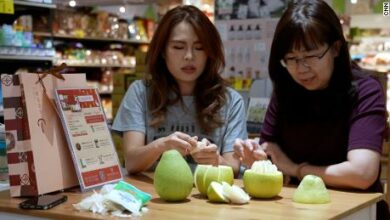 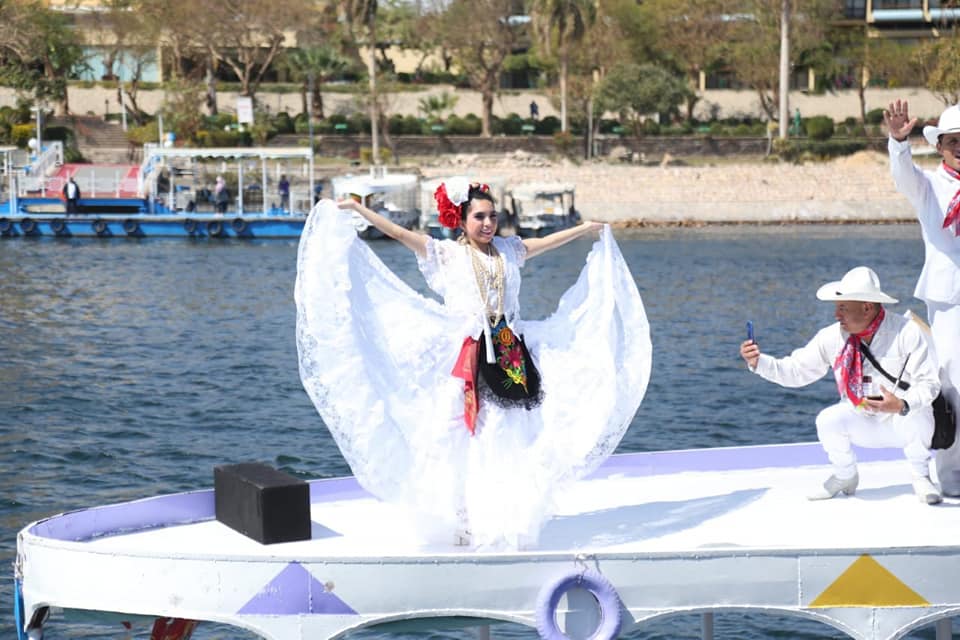 Photos: 8th edition of Aswan International Festival for Culture and Arts kicks off