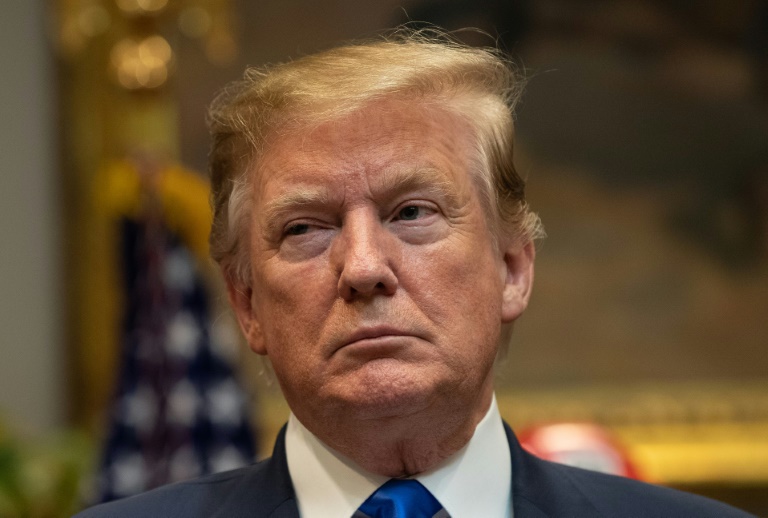 A redacted version of special counsel Robert Mueller’s report into Russian meddling in the US election will be released Thursday, the Justice Department said as President Donald Trump again lashed out at the most politically explosive probe in modern US history.

The report could feature allegations that Trump tried to obstruct the investigation, although Attorney General Bill Barr has said there is not sufficient evidence to establish he committed such a crime. Mueller himself has offered no conclusion on this, according to a brief summary of the report from Barr, who was handpicked by Trump.

Ahead of the 400-page report’s release, Trump and the White House have sought to blunt any possible damage by calling Mueller’s investigation illegal and claiming it involved the FBI “spying” on the president’s 2016 election campaign.

“The Mueller Report, which was written by 18 Angry Democrats who also happen to be Trump Haters (and Clinton Supporters), should have focused on the people who SPIED on my 2016 Campaign, and others who fabricated the whole Russia Hoax,” Trump tweeted Monday.

“Since there was no Collusion, why was there an Investigation in the first place! Answer – Dirty Cops, Dems and Crooked Hillary!” he wrote.

Barr’s four-page March 24 summary of the report, which capped a politically charged 22-month investigation into possible wrongdoing by the president and his advisors to cooperate with a hostile power and sway an American presidential election in his favor, left open as many questions as it answered.

Barr said Mueller found no evidence of criminal conspiracy by Trump’s campaign to collude with the Russian government to skew the 2016 election in Trump’s favor over Democrat Hillary Clinton.

But court cases arising from the investigation — Mueller charged 34 people, including six former Trump aides and 26 Russians — have detailed multiple contacts between the Trump campaign and Russians.

Those included top officials of the campaign and members of Trump’s family seeking “dirt” on Clinton in a June 2016 meeting with a Kremlin-connected lawyer in New York.

Barr also said in his summary there was not enough evidence to charge Trump with obstruction of justice.

But he acknowledged, in a detail that set off new speculation, that Mueller himself elected not to rule either way on that point.

Barr quoted Mueller as saying: “While this report does not conclude that the president committed a crime, it also does not exonerate him.”

Even so, Trump declared it “a complete and total exoneration” of him.

Barr has been under pressure since his March 24 summary to release the entire report, which the White House says it has yet to view.

Barr’s redacted version then will not likely be the end of the story.

The attorney general has stressed he will release a version that blacks out intelligence information and secret material from the investigation of grand jury convened by Mueller.

Critics say the grand jury material is crucial to understanding whether there was evidence of criminal behavior by Trump, and Democrats in Congress are demanding an unexpurgated version of the report.

House Judiciary Committee Chairman Jerry Nadler said they are prepared to issue a subpoena for the uncensored report if Barr does not give it to them voluntarily.

Barr himself has raised doubts over whether he will handle the report without political bias.

Before Trump recruited him to lead the Justice Department last year, he wrote several critiques of the Mueller investigation, including one in which opined that Mueller had no legal grounds to charge Trump with obstruction.

And in front of Congress last week he said he was opening a probe into the origins of the Russia meddling investigation, saying it was possibly that the FBI “spied” on the Trump campaign without grounds. He offered no evidence.

That came on the same day that Trump said the investigation amounted to treason and an attempt to take over his government.