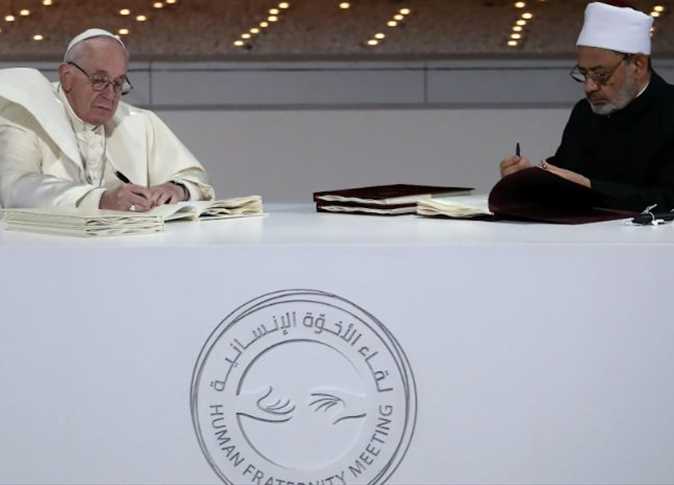 Composed of Muslim and Christian religious leaders, the Higher Committee of Human Fraternity (HCHF) on Saturday has called for May 14 to become a day dedicated to “fasting, works of mercy, prayers, and supplications for the good of all humanity” so that god ends the pandemic.

In a statement on Saturday, the HCHF urged people worldwide regardless of language, color or faith to implore god through acts such as fasting, prayer or charity to ward off the pandemic.

“We implore God to help us overcome this pandemic, to restore security, stability, health, and prosperity so that our world may become, after this pandemic, a better place for humanity and fraternity to live in,” the statement said.

The committee called on religious leaders and people around the world to respond to this call to safeguard humanity.

The HCHF body was established by Sheikh Muhammed bin Zayed Al Nahyan, the Crown Prince of the Emirate of Abu Dhabi and the sponsor of the Human Fraternity Document (HFD).

It was established to apply the principles and values stipulated by the HFD, and now includes eleven members from the UAE, Spain, Italy, Egypt, America, Britain, Bulgaria, and Liberia.

Through the HCHF’s spiritual leadership, the body endeavors to achieve the HFD’s objectives and promote its values through communication between faiths.

The HCHF disseminates the principles of mutual respect, understanding, and communication by urging leaders and renowned figures around the world to achieve these common objectives.

It strives for peaceful coexistence among all nations regardless of nationality or religion.

The HCHF also holds meetings with the religious leaders, the heads of international organizations, and other leaders to adopt the initiatives that are hoped to lead to promoting peace among the world nations.

In 2019 Pope Francis, leader of the world’s Catholics and Sheikh Ahmed al-Tayeb, Head of Islam’s Sunni learning Center Al-Azhar signed the historic Abu Dhabi Declaration on Tuesday during their joint-visit to the UAE.

The document, entitled “Human Fraternity for World Peace and Living Together”, aims to see the religious leaders work to create stronger bonds between people in the Middle East through fighting extremism brought on by religious conflicts.

In commemoration of this event, the first ever “Human Fraternity Award – From Dar Zayed” was granted to Pope Francis and Sheikh al-Tayeb by Sheikh al-Maktoum.