Since the onset of the January 25 Revolution, Egypt's artistic landscape has undergone dramatic changes.

New artistic mediums have emerged in the Egyptian art scene as a result of the 2011 uprising, including performance art, installation art and video art.
Graffiti, however, has had a dominant influence in pushing the envelope on political criticism while acting as “the voice for those who have no voice.”
Decades-long suppressed emotions—referencing a sense of identity and belonging—intertwined with the aesthetics of vibrant colors and expressive art have sprung up across the country’s walls and buildings.
The walls surrounding Mohamed Mahmoud Street in downtown Cairo, also known as “The Revolution’s Wall”, have become an open-air art gallery embracing an unprecedented display of public and political emotions translated into striking murals by street artists.
The walls have become a symbol of resistence and bravery since brutal clashes broke out between protesters and police forces on the street in November 2011. 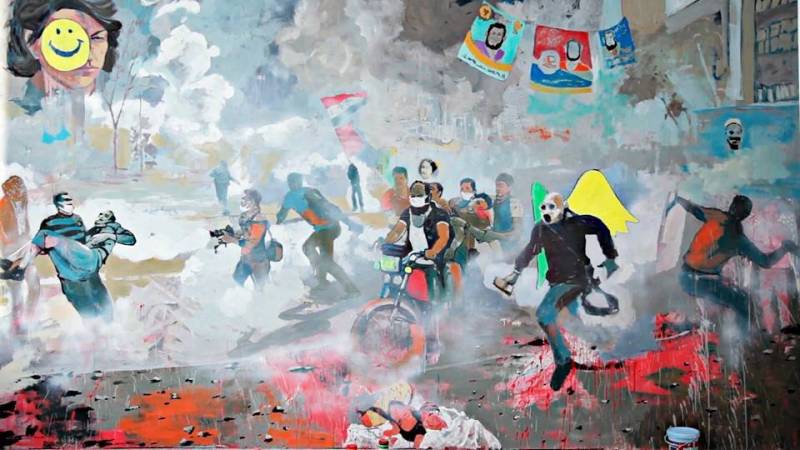 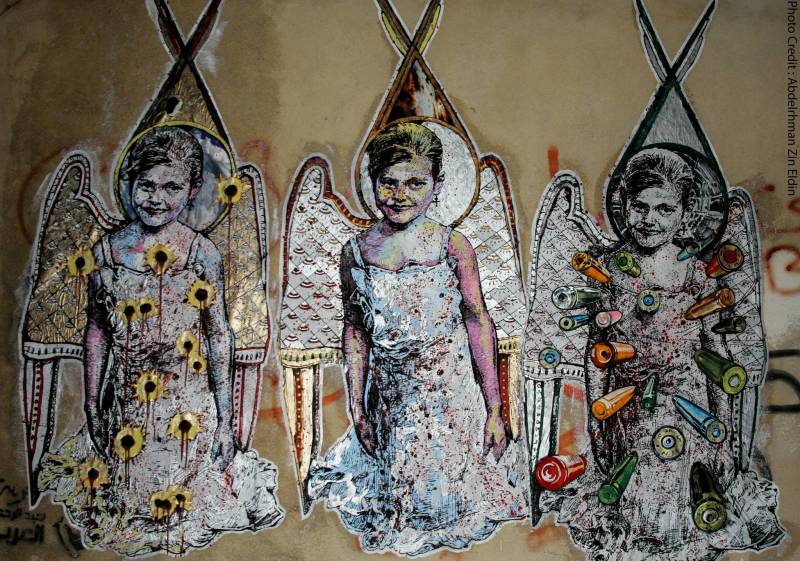 This mural depicts 12-year-old Mariam Nabil, who was shot 13 times during the Virgin Mary Church clashes in Waraq, Giza. (Captured by Ammar Abo Bakr)
The iconic walls, however, have been going through a demolition process since September 18 “by the order of local authorities.”
According to Rehab Saad, a media representative at the American University in Cairo, political concerns are not the reason behind the demolition process.
Instead, the decision allegedly came as part of Tahrir Square’s renovation plan, which includes the demolition of AUC's science building, situated along the heavily graffitied wall, which will be replaced with a public garden.
“Local authorities asked AUC to either remodel or demolish the old building located close to the university's wall, and the university administration chose to demolish it,” Saad told Al-Masry Al-Youm.
The decision has raised a lot of questions among activists and freedom advocates as the government has spent considerable amounts of money to clear graffiti from walls across the country, particularly the murals on Mohamed Mahmoud, which were whitewashed several times over the past couple of years.
The government’s attempts, however, went in vain. Street artists refused to surrender and continued to immortalize martyrs' faces and revive the 2011 uprising’s turning-point moments with their artistic creations.
"They would tear down the whole street and even the entire city if they could," said novelist and activist Adhaf Souief, condemning the demolition on her Twitter account, adding that the government turns a blind eye to the profound importance of street art. 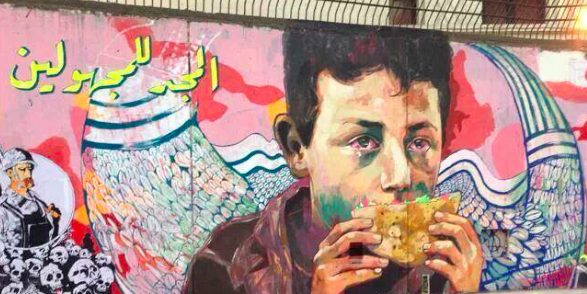 A mural depicting a poor child with angel wings and tears in his eyes. It reads "Glory to the unkowns."
The child is a symbol for the anonymous martyrs who sacrificed their souls for the sake of the country.

"Glory to the martyrs" accompained with drawings of the revolution's martyrs were drawn on Mohamed Mahmoud Street's walls.
The confiscation of the "Walls of Freedom” graffiti book by Egypt's customs services was another incident that points to the government’s apparent crackdown on street art and freedom of expression.
In February, 400 copies of  "Walls of Freedom", a powerful portrayal of the three years following the January 25 Revolution, were confiscated under the pretext of “instigating revolt against police and army forces.”
Emad Mubarak, director of the Association for Freedom of Thought and Expression, told Egypt Independent that existing laws impose severe restrictions on the freedom of creativity and breach artistic plurality.
"Generally, confiscation has become an absurd method amid technological progress. No one can prevent individuals from books that have been censored or confiscated," Mubarak said. "Add to that the fact that the law on publication contains a lot of loose terms that give authorities the chance to interpret them as they please."
In an effort to memorialize the graffiti, AUC's administration took pictures of the murals prior to the demolition, which will soon be displayed in an exhibition, said Saad. 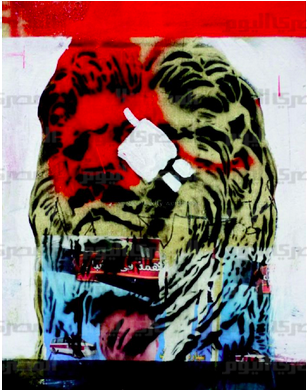 Painted on Mohamed Mahmoud wall, a graffiti depicting one of the great bronze lion scultures marking the ends of Qasr al-Nil bridge while wearing an eye-patch. It embodies wounded protests during the Mohamed Mahmoud clashes. (Captured by Hossam al-Hamallawy.)

The mural above symbolizes SCAF in the form of a snake with the legs and heads of high profile military officers. It was drawn when SCAF was ruling the country during the interim period. (Captured by Osama Bushra.)

"Beware that, when fighting monsters, you yourself do not become a monster." This quote, by Friedrich Nietzsche, was reproduced in July 2011 to mark the the battle of Abbassiya. Thousands of protesters marched from Tahrir Square to the Defense Ministry chanting against SCAF and reiterating the demands of the July sit-in. The march was soon attacked by civilians carrying white weapons and Molotov cocktails. 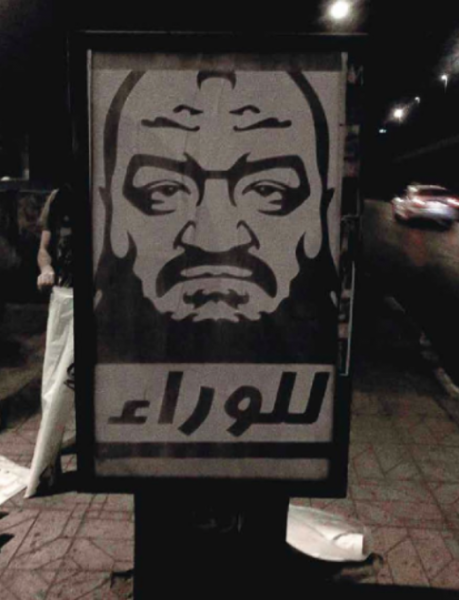