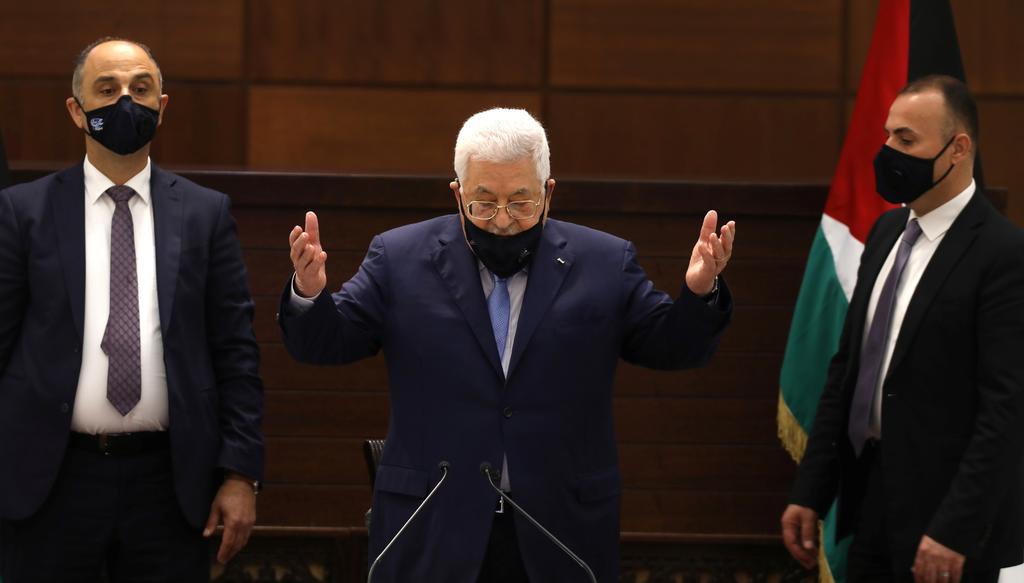 RAMALLAH, West Bank (Reuters) – Palestinian President Mahmoud Abbas held a rare meeting with rival factions on Thursday as they sought to present a united front over Israel and the United Arab Emirates’ deal to normalize ties.

The meeting was held through video-conference between Ramallah in the West Bank and Beirut, where Hamas chief Ismail Haniyeh and Islamic Jihad Secretary General Ziyad al-Nakhalah attended.

It is rare for Islamist Hamas and Abbas’s secular Fatah faction of the Palestine Liberation Organization to have such high-level contacts after years of in-fighting.

Palestinians were dismayed by the Gulf state’s ‘normalisation’ accord with Israel, seeing it as a betrayal likely to weaken a long-standing pan-Arab position that calls for Israel to withdraw from occupied territory. The deal was brokered by U.S. President Donald Trump,

Abbas has refused to deal with Trump’s administration for more than two years, accusing it of pro-Israel bias, and rejected Trump’s Mideast plan, unveiled in January.

“Our meeting comes at a very dangerous stage, in which our national cause faces various plots and dangers,” Abbas said on Thursday.

“In order to stand together in the trench of confrontation and peaceful popular resistance to the occupation, I invite you here to agree on the formation of a national leadership.”

Speaking from the fortified Palestinian embassy in Beirut, Haniyeh also said it was important to have a unified strategy.

“We must succeed in ending the division and building a unified Palestinian position,” he said. “At this stage, failure is forbidden.”

Senior U.S. and Israeli officials visited Abu Dhabi on Monday on a historic trip to cement the UAE accord. Trump adviser Jared Kushner told Palestinians they should accept the deal, restart negotiations with Israel and not be “stuck in the past.”

Additional reporting by Rami Ayyub in Jerusalem and Zainah El-Haroun in Ramallah; Editing by Dan Grebler