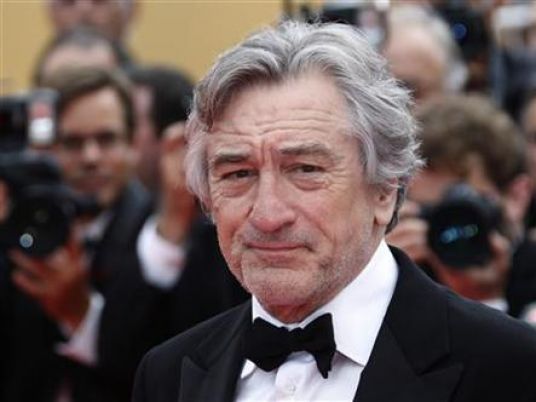 Ben Whittaker is 70, retired and discovers that tai chi classes, learning a new language and visiting his grand-kids isn't all it's cracked up to be, so he turns to a new challenge – being "The Intern" at a New York fashion start-up.

Feeling ignored and obsolete is hardly a problem that afflicts veteran actor Robert De Niro, who plays Whittaker in the comedy, out in US movie theaters on Friday.
But the double Oscar winner says the film is a "love letter to our generation."
"We do tend to feel that when you are a certain age, you are less relevant in some ways, and that is not the case," De Niro, 72, said.
As "The Intern," Whittaker joins Facebook for the first time and ends up teaching his 20-something co-workers more than they teach him.
"People getting older are kind of sidelined," De Niro said, but his character in the movie "has the kind of advice that only someone who has been on the planet a lot longer can give."
Written and directed by Nancy Meyers and also starring Anne Hathaway, "The Intern" is a rare big-budget Hollywood hybrid of comedy, romance and drama that aims for multi-generational appeal without patronizing either baby-boomers or millennials.
It's the most high-profile entry in a slew of recent films that celebrate the 50-plus crowd often ignored as movie studios target youth audiences with action-packed superhero fare.
A decade ago, "older characters were used to illustrate the world of the past, and that is where they belonged. Or occasionally, younger characters would glean a bit of wisdom from them but for the most part they were anachronisms," said Bill Newcott, film critic of AARP's "Movie for Grown-ups."
Not anymore. The 2012 comedy "The Best Exotic Marigold Hotel," about a group of adventure-seeking British retirees, made a surprising US$136 million at the global box office.
Robert Redford is currently taking a strenuous "A Walk in the Woods," Lily Tomlin is a rascally "Grandma," and in "Ricki and the Flash," Meryl Streep plays a rock star.
As for De Niro, the actor doesn't see the need for a Facebook or Twitter account and says he is almost as technologically challenged as his character in "The Intern."
But he hopes major Hollywood studios take note of the trend.
"If this film does very well, and we hope it does, then they might start making other films like it. It's a great story area – younger generation and older generation," he said.