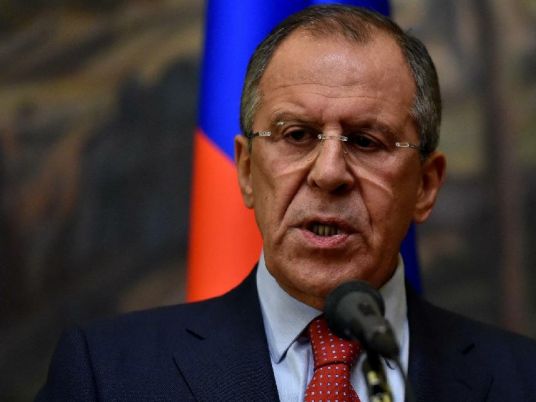 Russia announced Tuesday it will recognise separatist polls in Ukraine next weekend, fuelling tensions with the country's newly elected pro-Western leaders as they negotiate on forming a coalition government.
The rebel elections on Sunday should "go ahead as agreed," Russian Foreign Minister Sergei Lavrov said.
"We will of course recognise the results," he told the Izvestia daily.
Moscow rejects accusations in Kiev and Western capitals that it is behind the armed uprising in Ukraine's industrial heartland in which some 3,700 people have been killed since April.
However, the decision to lend legitimacy to the rebels' leadership vote was one of most overt acts of support so far for the two unrecognised "people's republics" that insurgents are carving out in eastern Ukraine.
Senior Ukrainian foreign ministry official Dmytro Kuleba said Moscow was violating the peace deal it had itself sponsored in the Belarussian capital Minsk on September 5, ushering in an uneasy truce.
"Russia's intentions directly contradict the Minsk accord, undermine the agreed process on deescalation and peaceful resolution, and continue to weaken trust in it (Russia) as a reliable international partner," Kuleba said, calling the separatists "terrorists".
The row followed an increase in ceasefire violations, including artillery exchanges, in the wake of last Sunday's parliamentary elections, where pro-Western President Petro Poroshenko's allies won a convincing victory.
Artillery explosions and small arms fire could be heard into the early hours of Tuesday, an AFP correspondent in rebel-controlled Donetsk said.
EU meets on sanctions
The situation in Ukraine was to be discussed later Tuesday in Brussels, where European Union states were reviewing punishing sanctions imposed on Russia.
The EU sanctions, coupled with similar measures by the United States, are meant to pressure Russia over its backing for the rebels in Ukraine and its annexation of the country's Black Sea province of Crimea in March.
The sanctions have already bitten deeply into the faltering Russian economy and spurred the kind of East-West tensions last seen during the Cold War.
Kiev and its Western backers consider the six-month uprising in the industrial Donbass region, as well as the seizure of Crimea, an attempt by Russian President Vladimir Putin to prevent Ukraine from reorientating itself toward the West.
Moscow, which has a large naval base on the strategic Crimean peninsula, says it only wants to help Russian speakers — a majority in Crimea and the east — who feel threatened by Ukrainian nationalism.
Coalition talks
With almost 85 percent of ballots counted from Sunday's parliamentary poll, the shape of Poroshenko's future ruling alliance was becoming clearer.
His Petro Poroshenko Bloc remained a hair behind Prime Minister Arseniy Yatsenyuk's People's Front, with about 22 percent of the vote each. The third-placed Self-Reliance party, likewise nationalist and pro-Western, could join in a three-way coalition.
Expectations were that Yatsenyuk would retain the premier's post.
One of Poroshenko's main policies is to make peace with the separatists, granting them autonomy, though not independence. That task looked harder than ever with the rebel elections approaching and their boycott of last Sunday's elections to the national parliament.
Poroshenko's government will also face giant challenges beyond the war, including reducing corruption, tackling massive debt, and resolving a near permanent crisis over payments for Russian gas supplies.
But Western leaders, who hailed the general election as a democratic milestone, have promised to stand by the embattled country of about 45 million people.
The head of the EU executive, Jose Manuel Barroso, called the legislative elections a "victory of democracy and European reforms".
France said the results "confirmed the people's fundamental choice."
US President Barack Obama called the election — declared mostly fair by a European observer team — an "important milestone in Ukraine's democratic development".
His Vice President Joe Biden will meet Poroshenko in Ukraine next month, the White House announced.
Sunday's election was billed as the final touch to a pro-Western revolution that began in February, when huge street protests ousted Moscow-backed president Viktor Yanukovych after he abruptly rejected a landmark Ukraine-EU pact.
Communists and other Yanukovych allies were routed Sunday, although a party made up of his former associates won a small share of seats through proportional representation.