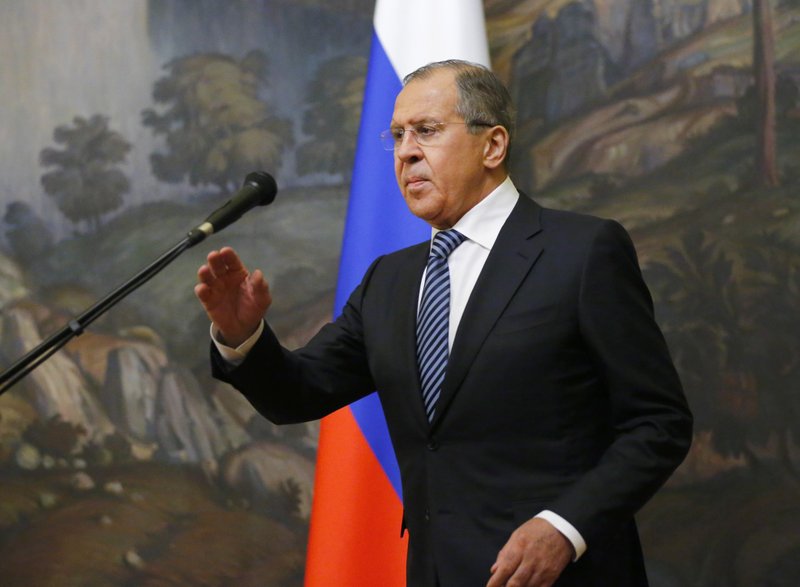 Russia announced the expulsion of more than 150 diplomats, including 60 Americans, on Thursday and said it was closing a US consulate in retaliation for the wave of Western expulsions of Russian diplomats over the poisoning of an ex-spy and his daughter in Britain, a tit-for-tat response that intensified the Kremlin’s rupture with the United States and Europe.

The Russian move came as a hospital treating Sergei Skripal and his daughter, Yulia, said the woman was improving rapidly and was now in stable condition, though her father remained in critical condition.

The Skripals were found unconscious and critically ill in the English city of Salisbury on March 4. British authorities blamed Russia for poisoning them with a military-grade nerve agent, accusations Russia has vehemently denied.

Two dozen countries, including the US, many EU nations and NATO, have ordered more than 150 Russian diplomats out this week in a show of solidarity with Britain — a massive action unseen even at the height of the Cold War.

Russian Foreign Minister Sergey Lavrov said at news conference Thursday that Moscow will expel the same number of diplomats from each of those countries in retaliation.

US Ambassador Jon Huntsman was summoned to the Foreign Ministry while Lavrov was speaking, where he was handed notice that Russia is responding quid pro quo to the US decision to order 60 Russian diplomats out.

In a statement, Huntsman said there was “no justification” for the move and that it shows Moscow isn’t interested in dialogue with the United States about important matters.

“Russia should not be acting like a victim,” US State Department spokeswoman Heather Nauert said.

Later, White House spokeswoman Sarah Huckabee Sanders said Russia’s action was “not unanticipated,” but she said the retaliation by Moscow “marks a further deterioration in the United States-Russia relationship.”

The Foreign Ministry said the US diplomats, including 58 from the embassy in Moscow and two from the consulate in Yekaterinburg, must leave Russia by April 5. It added that the US must leave its consulate in St. Petersburg no later than Saturday.

The ministry warned that if the US takes further “hostile actions” against Russian missions, Russia will respond in kind.

“We invite the US authorities who are encouraging a slanderous campaign against our country to come back to their senses and stop thoughtless actions to destroy bilateral relations,” it said.

Lavrov emphasized that the expulsions followed “brutal pressure” from the US and Britain, which forced their allies to “follow the anti-Russian course.”

Britain’s national security adviser Mark Sedwill told reporters during a trip to Washington that the attack was part of Russia’s “hybrid warfare” that operates below the level of armed conflict.

The coordinated expulsions of Russian intelligence officers, he said, were a “coherent approach by the Western alliance to a range of aggressive Russian behavior, of which the attack in Salisbury was just the latest, obviously very acute, example.”

Lavrov said that Moscow called a meeting Wednesday of the secretariat of the Organization for the Prohibition of Chemical Weapons to discuss the case.

Meanwhile, Salisbury NHS Trust, which oversees the hospital where the Skripals are being treated, said Thursday that 33-year-old Yulia is “improving rapidly and is no longer in a critical condition. Her condition is now stable.”

Lavrov said that Russia would seek consular access to Yulia Skripal now that she has regained consciousness.

Sergei Skripal, a former Russian military intelligence officer, was imprisoned after he sold secrets to British intelligence. He was released in a 2010 spy swap and moved to Britain.

Britain says he and his daughter, who was visiting from Russia, were poisoned with a nerve agent developed in Soviet times and that must have come from Russia.

Police say they were likely exposed to the poison on the door of Sergei Skripal’s suburban home in Salisbury.

About 250 British counterterrorism officers are working on the investigation, retracing the Skripals’ movements to uncover how the poison was delivered. They have searched a pub, a restaurant and a cemetery, and on Thursday cordoned off a children’s playground near the Skripal home.

Russian Foreign Ministry spokeswoman Maria Zakharova said Thursday that Britain’s allegation of Russian involvement in the poisoning was a “swindle” and an “international provocation.” She said Russia continued to demand access to investigation materials, which Britain has refused to share.

Britain and its allies have dismissed previous Russian claims that they possessed that type of nerve agent.

Despite the tensions with Washington, Russia is eager for a proposed meeting of President Vladimir Putin and President Donald Trump.

A prominent Russian lawmaker said Moscow’s expulsion of US diplomats could aid that meeting because both sides would be on an equal basis.

“It doesn’t create very happy circumstances around a prospective meeting, but this shouldn’t influence the meeting per se, the fact of it occurring,” Dmitry Novikov, deputy chairman of the foreign relations committee in the lower house of Russia’s parliament, told the Interfax news agency.

Russian FM threatens to 'hit back' at Britain over spy poisoning