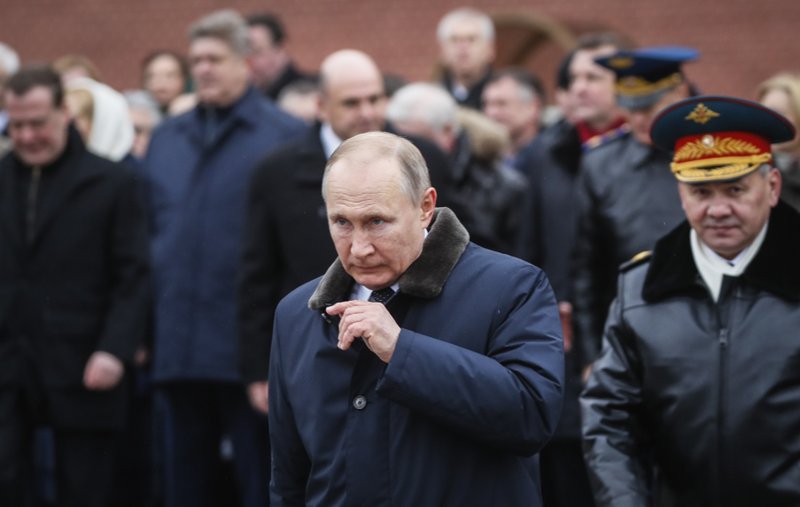 MOSCOW (AP) — Russian President Vladimir Putin says the opposition provoked police violence during mass protests in Moscow last summer, with the sole aim of showing “what kind of heroes they are and that they will protect the interests of citizens with the same zeal if they get into power.”

In an interview with the state-run Tass news agency, another segment of which was released Wednesday, Putin said the protesters blocked traffic in order to “provoke security forces to swing their batons.”

“If people are acting within the existing rules and laws, who’s going to swing the baton? On the contrary, (the police) would protect them,” Putin said.

A series of protests in Moscow this summer were sparked by authorities’ refusal to register a dozen opposition and independent candidates for September’s city council vote. They attracted crowds of up to 60,000, the largest show of discontent against Putin’s rule in seven years.

The police violence and prosecution of protesters elicited a widespread public outcry and was condemned by human rights advocates as arbitrary and politically motivated.

Putin repeatedly said that any protests should be carried out in accordance with the law, which currently requires rallies to be authorized by authorities.

“Get permission and go express your point of view,” the president said Wednesday.

He added that it is “good” that critics keep the government on its toes, but “not enough to effectively help the country forward.”

Image: Russian President Vladimir Putin, center, attends a wreath-laying ceremony at the Tomb of the Unknown Soldier, near the Kremlin during the national celebrations of the ‘Defender of the Fatherland Day’ in Moscow, Russia, Sunday, Feb. 23, 2020. The Defenders of the Fatherland Day, celebrated in Russia on Feb. 23, honors the nation’s military and is a nationwide holiday. (Yuri Kochetkov/Pool Photo via AP)

Russians go to polls after summer of protests