The central city of Dnipro and the southern region of Odesa were hit by Russian shelling on Thursday, Ukrainian officials said.

“Russian terrorists have just shelled Dnipro city,” Kyrylo Tymoshenko, Deputy Head of the Office of the Ukrainian President said on Telegram. “There are several hits to two infrastructure objects.”

The head of Odesa’s regional administration, Maksym Marchenko, said on his Telegram account there had been, “a missile attack on a regional infrastructure facility.”

Some context: Russia’s renewed targeting of civilian infrastructure comes after Moscow’s forces fired around 100 missiles on at least a dozen cities and districts Tuesday, according to Ukrainian officials and a CNN analysis of the strikes. The attacks appeared to be the largest since Oct. 10, when Russia stepped up its campaign to destroy electricity, water and gas infrastructure across Ukraine. 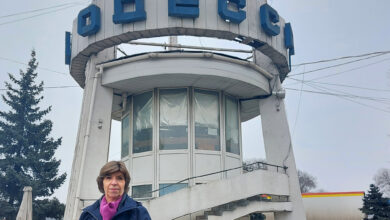