Archaeologists have found the walls of a 2,500-year-old sacred lake in the city of Tanis, the Supreme Council of Antiquities (SCA) announced today.

The lake was found buried 12 meters below the ground, within the enclosure wall of the Temple of Mut, the wife of the god Amun. Tanis has been considered the northern cult center for Amun — originally the local god of Thebes, or modern day Luxor — who became the state god from the New Kingdom (1550-1069 BC) onward and a principal deity at Karnak and Luxor Temples.

"It tells us much about the history of Tanis, which used to be one of the important capitals of the Delta," said Mohamed Abdel Maqsoud of the SCA.

The discovery, along with other excavations in Tanis, affirm to archaeologists that Tanis not only had a connection to Thebes, but that much of it was built as a replica of the great capital in the South.

"It’s impossible to say that Tanis had the same importance as Thebes, but it has been thought of as a copy," said Philippe Brissaub, director of French mission of Tanis, which made the discovery with an Egyptian team. "We find exactly the same organization as Karnak."

Sacred lakes were artificial pools within a temple enclosure used for rituals and libations. They also provided homes for sacred animals such as geese, which are often affiliated with Amun. While the lake in the Temple of Mut was buried in debris, the sacred lake in Karnak Temple remains filled with water to this day.

The Mut lake is one of the few remaining structures in the Delta made of limestone. Much of the antiquities in the area were razed after Tanis — which became famous as the burial site of the lost Ark of the Covenant in the first Indiana Jones movie — was abandoned around the Roman period (30 BC-395 AD)

Archaeologists have not determined the exact size of the lake yet because they have only uncovered one of its corners. But they believe it could be as big as 15 meters long on each side and five meters deep, with walls two meters thick.

Nor have they determined the exact date of its construction, but believe it could date from the late 25th dynasty (747 BC-646 BC) or early 26th dynasty (664 BC-525 BC). At that time, Mut took particular prominence in Egypt both religiously and politically. The "God’s Wife of Amun" was an office held by a virgin priestess who played the part of Amun’s companion in rituals and adopted the future king’s daughter as her heiress, ensuring a smooth transition between the 25th and 26th dynasties.

Spread of Delta and Omicron mutants causing flood of infections: WHO secretary general 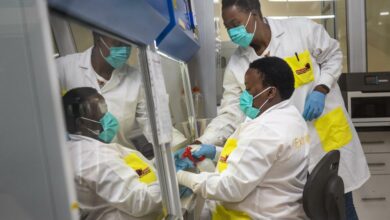