The UK Express clarified that Salah and Robertson have both been suffering from ankle injuries sustained during the match against Manchester City on Sunday, November 10, and the two men are currently undergoing rehabilitation to address those injuries, according to Sky News.

Salah tried to play through the pain by strapping an ice pack to his ankle during the Manchester City match in November, but the Egyptian football star has already missed two matches played by the Egyptian football team against Kenya and Comoros, part of qualifiers for the 2021 African Cup of Nations, as well as the match against Manchester United because of an injury he sustained after being tackled by Leicester midfielder Hamza Choudhury in October.

Liverpool currently tops the Premier League with a total of 34 points scored during 12 different games, putting them eight points ahead of Leicester City and Chelsea and nine points in front of Manchester City.

Salah has played 17 matches with Liverpool, scoring nine goals in the Premier League and Champions League and assisting five goals in total during the current seasons’ games.

Salah was also selected as a part of a list of candidates in the running for Time Magazine’s 2019 Person of the Year, with the official announcement due in December. Person of the Year is an annual issue of Time Magazine that features and profiles a person, group, idea, or even object that has, for better or for worse, had the greatest impact on events of that year.

An overview of Tuesday’s matches in La Liga, the English Premier League, and the Egyptian League 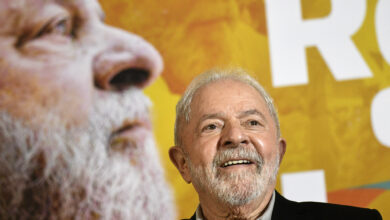