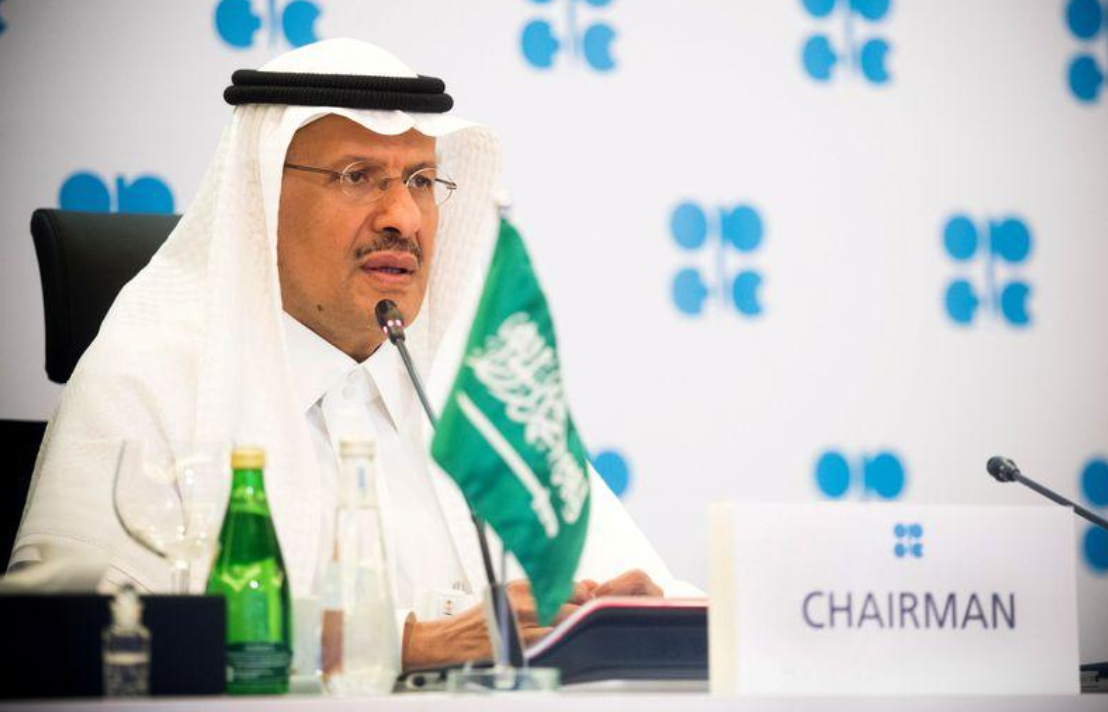 DUBAI/LONDON/MOSCOW (Reuters) — Saudi Arabia will boost output in July to match its output OPEC quota while ending voluntary deeper cuts as it sees need for more oil at home amid signs of global demand recovery, the Saudi energy minister said on Monday.

OPEC, Russia and other producers agreed on Saturday to extend production cuts of 9.7 million barrels per day (bpd) until the end of July, curbing global supply by almost 10 percent.

For June, Saudi Arabia, Kuwait and the United Arab Emirates (UAE) had pledged to cut by 1.18 million bpd on top of that, with Riyadh forfeiting an extra one million bpd.

Saudi Energy Minister Prince Abdulaziz said that this would not continue in July, when Saudi Arabia will pump its OPEC quota.

“The voluntary cut has served its purpose and we are moving on. A good chunk of what we will increase in July will go into domestic consumption,” Prince Abdulaziz told an OPEC+ virtual news conference.

Saudi crude use for power generation typically increases in the hot summer months, the minister noted.

On Sunday, state oil company Saudi Aramco hiked its July selling prices for crude grades to all destinations in a move likely to discourage buying for storage but rather could help to lower inventories.

Prince Abdulaziz said the rise in Saudi selling prices could be seen as an indication of a return of global oil demand.

Oil prices rose in early trading on Monday after the news that OPEC+ had agreed to extend their record cuts. Later in the day Brent crude was down 0.3 percent at US$42.16 per barrel as of 12:10 GMT. West Texas Intermediate (WTI) crude was off one percent, at $39.14.

Saudi Arabia, OPEC’s de facto leader, and Russia have to perform a balancing act as they push up oil prices to meet their budget needs while not driving them much above $50 a barrel to avoid encouraging a resurgence of rival US shale production.