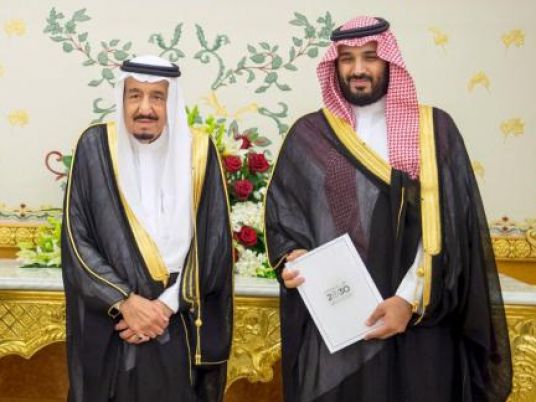 Saudi Arabia's powerful deputy crown prince is expected to visit Washington in mid-June for talks with top US officials, possibly including President Barack Obama, amid growing friction between the longtime allies, three sources familiar with the matter said on Friday.

Mohammed bin Salman, son of Saudi Arabia's King Salman, has been leading a drive to end the kingdom's dependence on oil and liberalize its economy. He also serves as defense minister, and his discussions with US Defense Secretary Ash Carter and other top US officials are expected to include the conflict in Yemen, where a Saudi-led coalition last year began a military campaign against Houthi rebels who receive some Iranian support.

The civil war in Syria also is expected to be on the agenda. Riyadh is seeking to oust Syrian President Bashar al-Assad and has provided military support to rebels fighting him.

One of the sources said the deputy crown prince will be in Washington from June 14-16 and then will travel to New York for meetings with financial firms, and possibly to Los Angeles. This person spoke on condition of anonymity because the visit has not been formally announced.

A White House official said, "We don’t have any visit to announce at this time."

Prince Mohammed's talks in Washington will come at a sensitive time for US-Saudi relations and energy markets.

Cooling relations with the US

US-Saudi ties have cooled under Obama. Many Gulf Arab monarchies, including Saudi Arabia, have privately said they have been disappointed by what they consider the US retreat from the region under Obama, allowing Iran to expand its influence, especially after a nuclear deal was reached last year.

Saudi Arabia's campaign in Yemen has also been a focus of concern. This week, the United Nations added the Saudi-led coalition to an annual blacklist of states and armed groups that violate children's rights during conflict.

Separately, the Saudis have mounted a campaign to defend the kingdom's counter-terrorism record in advance of the expected declassification this month of 28 pages from a 2002 congressional report on the September 11, 2001, attacks.

Critics say those documents could implicate Saudi officials in the attacks on New York and Washington. Riyadh denies that, and has called for the documents to be made public.

In oil markets, OPEC again this week failed to adopt a clear oil-output strategy at a meeting attended by the new Saudi energy minister, Khalid al-Falih.

Prince Mohammed, whose father has delegated him unprecedented powers, has launched a plan aimed at ending the kingdom's oil dependence by 2030. But it would require shaking up a bureaucracy that has stymied changes in the past, challenging powerful religious conservatives and building up a private sector currently reliant on state spending.

Obama and Prince Mohammed, along with Crown Prince Mohammed bin Nayef, met in the Oval Office in May 2015. Obama visited Riyadh in April when he attended a meeting of the Gulf Cooperation Council.