Facebook Twitter LinkedIn
Rule-breaking may be just as irresistible to teenagers today as it was in their parents’ day, but a new study of secret social media hashtags like #selfharmmm suggests that new technology is helping kids share dangerous behaviors more easily than ever before.
When it comes to what’s known as non-suicidal self-injury – cutting, burning and scratching done with damage rather than death in mind – teens can be quite crafty at deploying hashtags that mask their activities, evade content safeguards and advisory warnings, and make it much harder for parents to monitor their virtual lives.
“The online communities that develop around these hashtags can draw in adolescents and provide them a strong sense of belonging and support that is centered on these unhealthy behaviors,” said lead study author Dr. Megan Moreno, a specialist in adolescent medicine at the University of Washington and Seattle Children’s Research Institute.
“This can make recovery from these behaviors more challenging,” Moreno added by email.
Moreno and colleagues used the search term #selfharmmm to identify public posts on the social media platform Instagram, a photo-sharing service popular with teens, that related to destructive habits like cutting and burning.
Then, they used the search results to identify a list of ambiguous hashtags such as #blithe, #MySecretFamily and #SecretSociety123 that were tied to the same dangerous behaviors.
Other hashtags related to mental health conditions through use of common names, such as #Deb for depression, #Annie for anxiety, and #Olive for obsessive-compulsive disorder.
The number of search results for self-harm hashtags was high and grew over time.
The broad term #cat, which refers to cutting, had more than 44 million search results in 2014 and more than 56 million in 2015, the study team reports in the Journal of Adolescent Health.
Over that same period, use of #selfharmmm also grew, generating 1.7 million search results in 2014 and more than 2.4 million in 2015. In its various permutations, #SecretSociety123 grew by approximately 500,000 search results.
One limitation of the study, the authors acknowledge, is its reliance on data generated by starting with a single term, #selfharmmm, which was selected for its popularity as a portal into online communities that focus on these behaviors but might omit some relevant content. The study results are also limited to self-harm, and don’t look at other destructive behaviors such as substance abuse or eating disorders
Still, the results show that parents can’t rely on social media sites to provide safe places for their kids, and highlight the need for parents to be proactive in communicating with children about their online experiences, Moreno said.
One effective response to unhealthy content on social media may involve meeting teens where they live their virtual lives, suggests a second study focused on eating disorders like anorexia and bulimia.
For this study, researchers analyzed videos posted on YouTube that promoted eating disorders using terms like “pro-ana” as well as posts opposed to the dangerous behavior with terms like “anti pro-ana.”
While pro-ana videos were more popular, garnering 4.8 million views compared to just 1.4 million views for clips opposed to this behavior, the opposition content drew more comments overall and more positive feedback, the study found.
This suggests that posting content advocating against dangerous behavior might help combat social media content promoting unhealthy choices, said lead study author Dr. Atte Oksanen of the University of Tampere in Finland.
“YouTube has this powerful user community opposing pro-anorexia users,” Oksanen said by email. “Kids might not listen to their parents or adults in general, but they still might be influenced by their peers within social media and user communities might succeed where parents and health campaigns fail.”
Tags
dangerous behaviors dangerous habits Secret hashtags social media hashtags teens 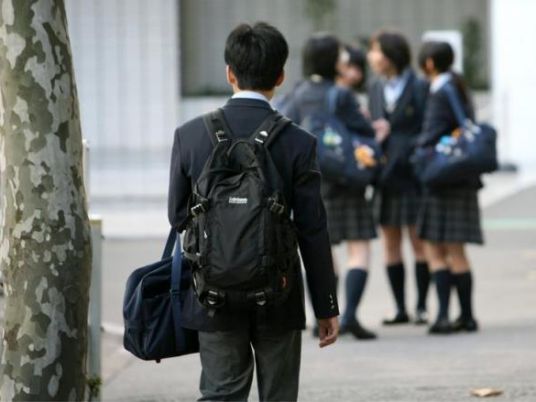 Secondhand smoke hits almost half of teens who don’t smoke