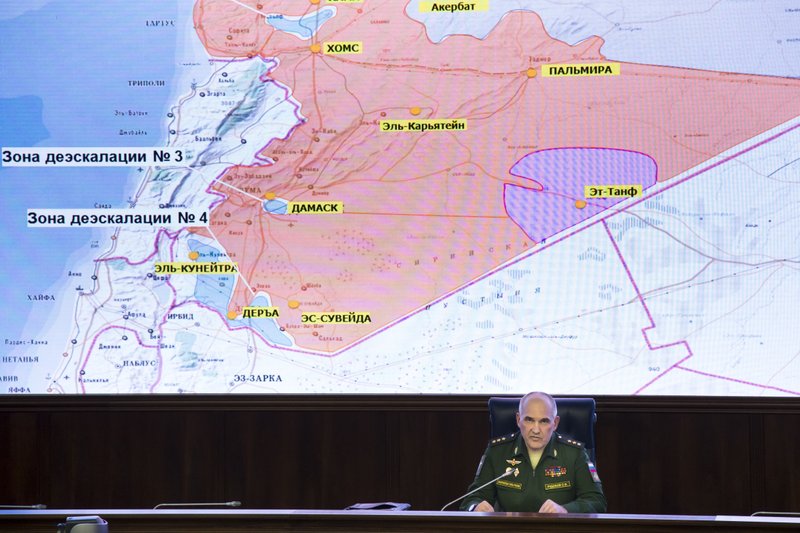 Vladimir Putin walks briskly to a group of factory workers, who ask him for a water treatment facility, new equipment to reduce toxic emissions and a sports arena for their children in this Ural mountains city.

He promises, benevolently, to do all that and more.

Putin’s self-assurance and relaxed demeanor reflects the stress-free campaign he has run ahead of Sunday’s election that is certain to catapult him to another six-year presidential term.

The victory will put the Russian leader on track to become the nation’s longest-serving ruler since Josef Stalin.

“What beautiful stuff you make here: trams and tanks and railway cars,” Putin tells the workers at the Uralvagonzavod plant in Nizhny Tagil, mixing jokes with his promises. In return, they pledge to vote for him.

The 65-year-old president has made many such trips across the vast country, reaching out to various social groups and industrial sectors.

Unlike the 2012 election, when Putin often looked tense and nervous amid massive protests of his rule, he faces no such threats this year — even with an anemic economy and spiraling tensions with the West.

Putin’s popularity soared after Russia annexed Ukraine’s Crimean Peninsula in 2014, and his ratings still top 80 percent, buttressed by flattering coverage of his activities by state-controlled media amid bitter showdowns with the West.

Such a result would show that Putin’s popularity hasn’t waned, 18 years after his first election. By reaching those numbers against seven challengers, it also would strengthen his hand as he ponders his next move: get rid of term limits to allow him to remain president past 2024, shift into another position of power, or choose a dependable successor.

“It’s a quick campaign aiming at a high degree of legitimacy,” said Alexander Baunov, an analyst with the Carnegie Moscow Center. “The high legitimacy is to be ensured with a solid turnout, which should be transparent and verifiable.”

But despite broad support for the president, public apathy still presents a major problem for the Kremlin. While opinion surveys indicate a strong majority of Russians back Putin, many see the outcome as predetermined and simply won’t bother to vote. Many others are resentful and indifferent, long having lost hope for positive change.

That’s why boosting turnout has become the No. 1 objective for Putin’s spin doctors.

“They need a high turnout in order to demonstrate support,” said Dmitry Oreshkin, a Moscow-based political expert. “A low turnout could be seen as Putin’s weakness.”

To show the consequences of failing to vote, a YouTube video plays on stereotypes popular in Russia: A man in his 50s too lazy to vote wakes up to a knock on his door from soldiers sent by the new president to round up everyone under 60 for military service. One of the soldiers is black, in an apparent mockery of diversity. The frightened man rushes to the kitchen, where his wife introduces him to his future gay partner, in line with the new president’s directive. The video ends with the man realizing it was all a nightmare, and he rushes to the polls.

While there is no evidence the video was produced by the government, it fits in with Kremlin propaganda.

Putin has emphasized the need for stability and continuity, tapping fears rooted in the public memory of post-Soviet economic and political meltdowns.

“People fear change and they vote for Putin,” Baunov said.

The most vocal Putin critic, 41-year-old opposition leader Alexei Navalny, could have injected some real competition in the race, but he was barred from running by a criminal conviction widely seen as political punishment. He has called for boycotting the vote.

Other challengers helped create a semblance of competition, reaching out to those who resent Putin.

One is Pavel Grudinin, a 57-year-old millionaire director of a strawberry farm. Nominated by the Communist Party, Grudinin sports a Stalin-like moustache and promises more social privileges, catering to Communist supporters who still represent a sizable chunk of the electorate. His image of a successful manager who cares for his workers resonates with many older voters who crave Soviet-era stability and social benefits.

A quick rise in Grudinin’s popularity worried the Kremlin, and in an apparent attempt to cut him down to size, state TV and other media ran exposes about his Swiss bank accounts to dull his populist image.

Another highly visible challenger is Ksenia Sobchak, a 36-year-old TV personality who is the daughter of Putin’s former patron. Witty and sharp-tongued, Sobchak cast herself as a champion of liberal freedoms, seeking to win over some of Navalny’s supporters and others who are disenchanted with Putin.

Sobchak has denied colluding with the Kremlin, but many say her candidacy helps Putin add a democratic veneer to the campaign.

“Sobchak works perfectly in her niche; she’s controllable and honest at the same time. It’s the combination of honesty and controllability that the presidential administration needs,” Baunov said. “A victory wouldn’t look strong without a competition.”

She has gone to great lengths to prove that she’s not a Kremlin project, criticizing Putin’s policies, including the annexation of Crimea. She even filed a lawsuit to remove Putin from the race, arguing that he doesn’t have the right under the constitution to seek a fourth term. Russia’s highest court quickly shot it down.

While Sobchak and Grudinin used strong rhetoric, Putin sought to mobilize his base with promises of economic recovery and social benefits. He pledged to increase wages, invest more money in health care and education, repair roads and build new infrastructure.

On his trips across Russia, he also vowed to help fund important local projects, like the Nizhny Tagil water treatment facility.

In a bid to underline the annexation of Crimea as a key Putin success, the election was set on the anniversary of the territory’s incorporation into Russia. While the enthusiasm over the takeover of Crimea has abated, polls show that most Russians see it as a major achievement.

“It has raised his popularity to incredible levels,” Baunov said.

Putin also has exploited Russians’ fears and national pride by pointing to what he described as US plans to isolate the country and gain a military advantage over it. In a dramatic state-of-the-nation speech earlier this month, Putin unveiled an array of new nuclear weapons that he said have no equal and would make US missile defense useless.

He called them a tribute to efforts by tens of thousands of workers and engineers.

“Even I was stunned when I realized the massive scope of that effort,” Putin told the enthusiastic employees in Nizhny Tagil.

Days before the vote, state-controlled TV also released new, fawning documentaries about Putin, casting him as a man of the people who is proud of his working-class roots and ability to overcome any challenge.

In the films, Putin revealed a tiny bit more of his tightly guarded past. He said he opted for judo in his teens after he had his nose broken at a boxing session, told a harrowing tale about a rat chasing him in a run-down apartment building entrance when he was a boy, and talked about his patriotic hopes as a young KGB officer.

Asked by an interviewer if it’s possible to argue with him, Putin said: “It’s better not to do it, of course.”