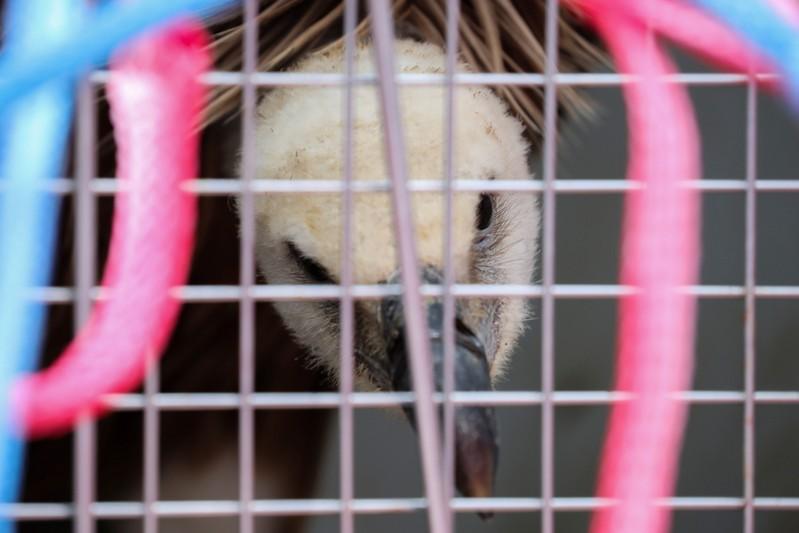 BELGRADE (Reuters) – A young vulture who got stranded last year in Turkey more than 2,000 km from her nest flew home to Serbia on Friday – by plane.

Dobrila, a young female griffon vulture, is part of a protected colony of around 70 pairs in western Serbia’s Uvac Gorge.

She was found injured and exhausted last year over 2,200 km (1,370 miles) away near the Turkish city of Diyarbakir, where authorities intervened to get her repatriated.

She returned to Belgrade to a celebrity welcome, flown back on a Turkish Airlines commercial plane in a special crate and met on arrival by Serbian environmental protection minister Goran Trivan and Turkey’s ambassador Tanju Bilgic.

“I am happy our operation was a success … Dobrila will now go back to Uvac and if she ever returns to Turkey we would be glad … to take care of her,” Bilgic told reporters.

Dobrila (‘The Good One’ in Serbian) will now undergo health checks before be returned to the Uvac Gorge where she will be initially placed in a cage to adapt and learn how to feed on her own.

Griffon vultures nest on steep cliffs and feed on animal carcasses. The young birds often start wandering until they reach maturity and choose a colony.

They can fly great distances and birds marked in Serbia have been spotted as far away as Israel and near Basra in Iraq, ornithologists say.