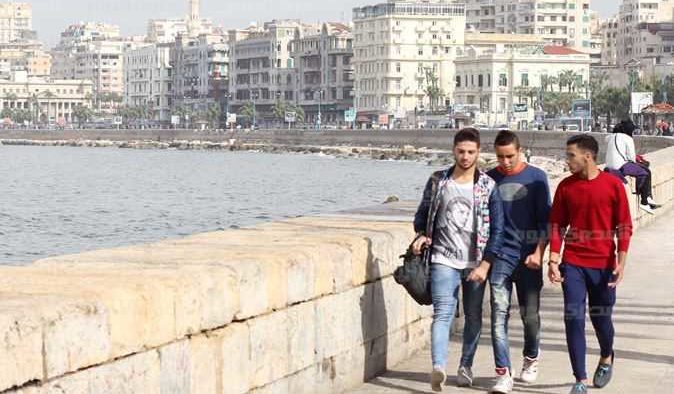 Temperatures predicted for the following cities are: 19C in Alexandria, 21 in Cairo, 33C in Qena, 35C in Luxor, and 37C in Aswan.

The weather will grow colder by night throughout the entire country.

Winds will be primarily northeastern and moderate, active on parts of Upper Egypt.