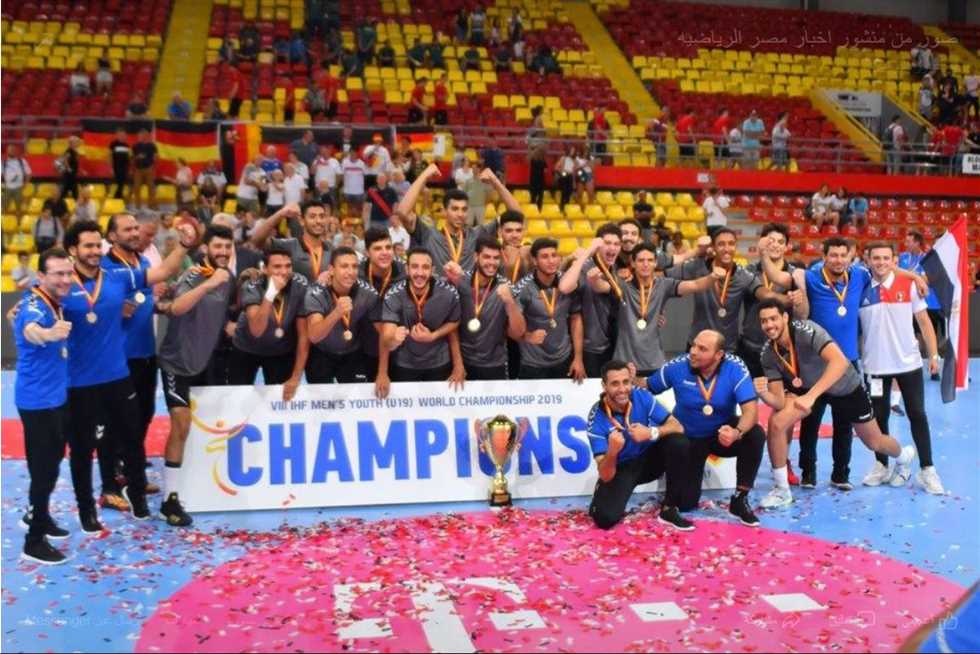 in Macedonia, awarding them the First Class Sports Medal for their victory.

The President also called the team members a role model for Egypt’s youth in terms of determination and reaching their goals.

Sisi instructed to provide further support towards the handball team to achieve future wins and prepare them for the Handball World Cup, which is scheduled to be hosted by Egypt in 2021.

The national team’s players and staff expressed their pride at meeting Sisi, promising to continue exerting their utmost effort to garner more titles for Egypt.

The team was warmly welcomed at Cairo Airport at Tuesday dawn by the sports minister, President of the Egyptian Handball Federation Hisham Nasr, and members from the board of directors of the federation.

Egypt’s national junior handball team made history on August 18 by beating Germany 32-28 in the U-19 World Cup final held in Macedonia, the first ever non-European team to win the title.

The team reached the final against Germany after defeating Portugal 41-36 in the semi-finals, becoming the first Arab and African team to reach the finals for the junior handball tournament.

The Egyptian team is also the second team outside of Europe to successfully reach the final, coming in after South Korea which booked a seat in the 2005 World Cup final.

The honoring ceremony on Tuesday was attended by Prime Minister Mostafa Madbouly and Minister of Youth and Sports Ashraf Sobhy.