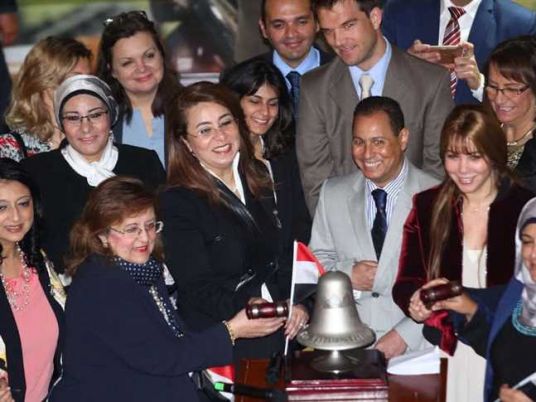 Accompanied by other important female figures, Wali rang the trading bell to open the session.

According to the minister, the Public Authority for Social Insurance invests its money in the stock market. “We achieve high profits from investing the social insurance money,” she said in remarks.

“We are happy about the stock market growth and optimistic about 2017. We expect success for the merged entities which will lead to better performance this year,” she added, indicating celebrating the issuance of 1.5 million cards for female breadwinners, who represent around six million Egyptian families. She also referred to celebrating the year of the Egyptian woman, as well as the appointment of the first woman to the position of governor.

The minister said we are in a highly important phase of economic reform. Such measures have a positive impact on the stock market and attract investors.