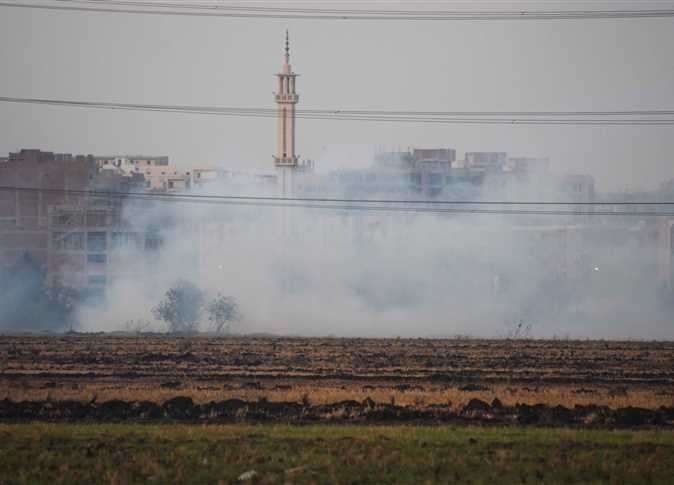 Sohag governorate announced a state of emergency on Tuesday as a result of increased pollution caused by  agricultural waste burning on plantations, particularly corn waste.

The agricultural waste burning caused black clouds and air pollution on Sohag over the past three days.

Sohag Governor Ahmed al-Ansary instructed local authorities to launch crackdowns on violators and to apply the environment protection law against them. According to Ansary, 86 claims have been filed against violators in Sohag.

Local authorities cooperated with a factory in west Tahta, Sohag to buy agricultural waste from farmers and recycle it instead of burning it. Ansary  said that this waste could be recycled into compressed wood, for example.

The penalty for farmers who burn agricultural waste amounts to LE 5,000, and in case the farmer repeats the same violation the penalty will result in imprisonment, Eissa said.

The waste burning rate increased this week, with the highest recorded in the al-Bellina locality.

Members of the House of Representatives recently accused Environment Minister Yasmin Fouad of failing to address the black cloud pollution and the spread of garbage on streets.

MP Shereen Farrag criticized Fouad by saying that she was violating the law and constitution for not developing a system that addressed the problems of pollution and garbage.

“Every minister promises to solve the problem in two years, but they do nothing. We have landfills that emit carcinogenic gases… We need to take advantage of garbage. You are violating the Constitution and law. There is no system to address the problem…When will we have a system to manage solid waste?” Farrag said.

The most important challenges facing the Environment Ministry is that a large part of the society is not active, said Fouad. The classification of Egypt in the world environmental index was very low five years ago, but has gained a better position now, she added.

According to Fouad, the new system which will address the garbage and pollution problems depends on raising community awareness and relies on the youth to take charge.