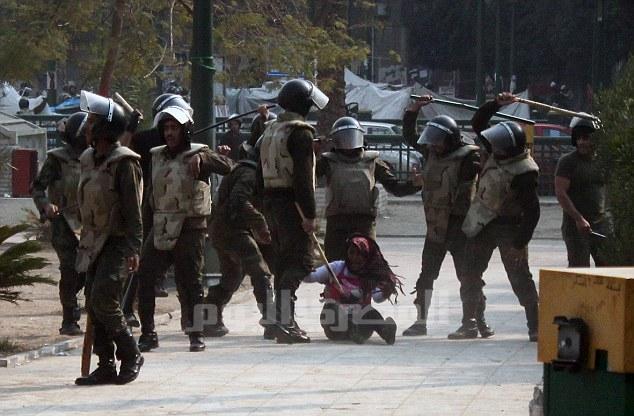 The soldier who fatally shot a 13-year-old street vendor during clashes in downtown Cairo earlier this month will be detained for 15 days pending investigations into the incident, said the military prosecution on Friday.

The military prosecutor’s office and the Forensic Medicine Department are conducting ongoing investigations into the killing, a military source told Al-Masry al-Youm.

The victim, Omar Salah, was reportedly killed on 3 February near the US Embassy in Cairo after being shot by security forces during clashes sparked by the second anniversary of the 25 January revolution.

Ahmed Mohamed Ali, a spokesperson for the Armed Forces, on Thursday offered a rare public apology for the incident, which he said was an accident.

Ali claimed that the soldier fired his weapon by mistake during a routine inspection. Ali alleged that the boy’s family waived their right to seek justice through the courts.

Hundreds in Tahrir Square staged a symbolic funeral for the teenager. They raised the Egyptian flag and a banner with a photograph of Salah.

At the same time, hundreds of Ultras Ahlawy members and other revolutionary groups staged a protest at Ramses Square, demanding accountability for members of the Supreme Council of the Armed Forces (SCAF) who were in power during the Port Said massacre in February 2012.

The protesters chanted slogans against SCAF and Interior Ministry. They said they would stage a march on the Ministry of Defense.