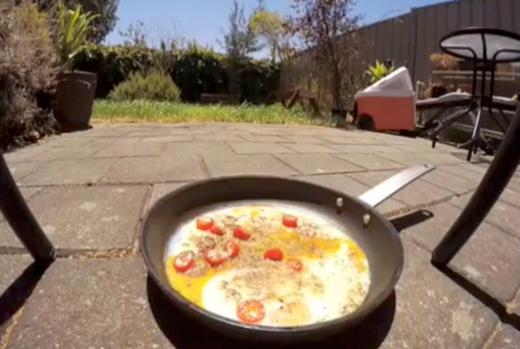 The Bureau of Meteorology reported temperatures of 49.5 Celsius (120 Fahrenheit) north of Adelaide, while inside the city temperatures reached 47.7 Celsius, breaking a record that had stood since 1939.

Adelaide residents are used to sweltering days during the southern hemisphere summer, but even they struggled with the oppressive temperatures.

More than 13 towns across South Australia have smashed their own heat records.

The state’s health authorities early Thursday reported that 44 people had received emergency treatment for heat-related illnesses in the past 24 hours.

“Remember to check on elderly friends, relatives and neighbors, and those who are unwell,” the state emergency services tweeted.

Health authorities were also forced to issue a public warning to avoid contact with hundreds of heat-stressed bats falling from trees in parkland areas.

Authorities in central Australia said they had to cull more than 50 feral horses, after they found 90 dead or dying wild brumbies near a dried-up water hole.

Shocking images of dozens of dead horses strewn across the dry ground began to circulate on social media this week.

“With climate change well and truly upon us, we expect these emergencies to occur with increasing frequency and nobody is truly prepared and resourced to respond to them,” David Ross, director of indigenous representative body the Central Land Council, said in a statement.

While thousands of people have flocked to beaches to cool off in the surf, hundreds have taken to shopping centers to stay out of the heat.

At the Red Lion Hotel in South Australia, publicans gave a free beer to each of their patrons while the temperature remained above 45 degrees.

Around one hundred people lined up for their free drink for over one hour.

At Adelaide Zoo tortoises have been getting cool water wipedowns, rock wallabies have been given ice to lick and hyenas have taken refreshing dips.

But the temperatures are also testing municipal services, with SunCity buses forced to cut their services, leaving commuters searching for trams or trains to get home.

Emergency services are on the alert as more than 13 districts are under threat of possible bushfires.

Meanwhile, a total fire ban was issued further south in the island state of Tasmania, where authorities continued to battle blazes.

Parts of the southeastern state of Victoria were also sweltering through temperatures above 40 degrees.

The soaring temperatures follow a heatwave last week that saw Australian towns among the hottest places on Earth.

As many as a million fish were discovered dead last week along the banks of a major river system in drought-battered eastern Australia, with thousands more found killed some 900 kilometers (560 miles) away in the north of New South Wales on Monday.

The government has launched a review into the mass fish kill.

National Broadcaster ABC reported that farmers in Western Australia have been forced to cull at least 2,500 feral camels gathering in “plague proportions” in the past month.

Regarded as pests, the ABC said many have wondered onto properties where temperatures had reached 50 Celsius this summer, where they are draining valuable water supply and feed for cattle.