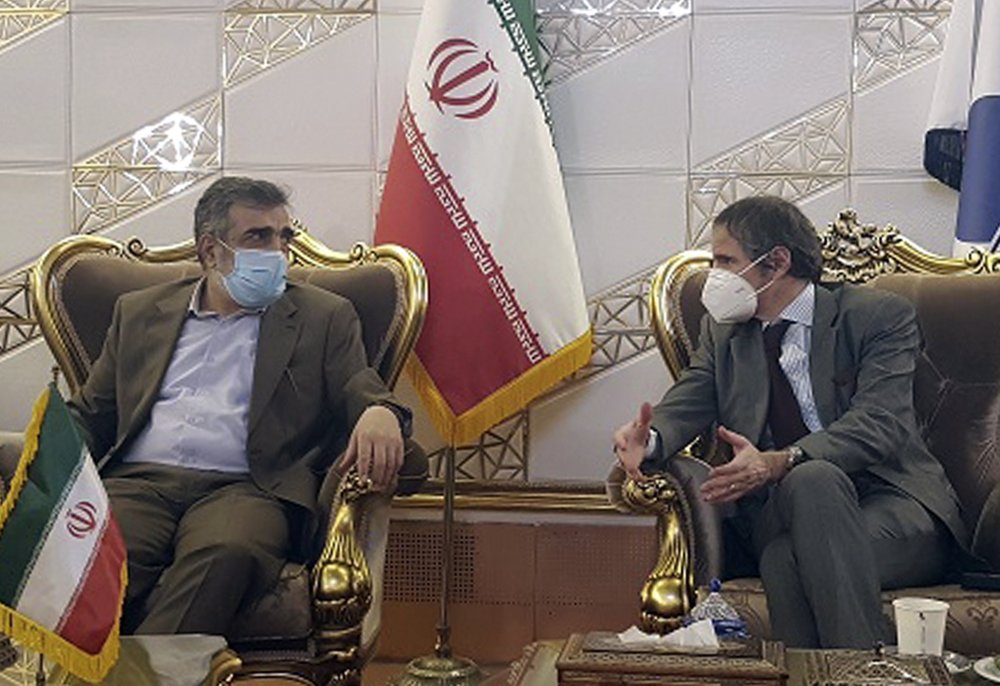 The state TV report gave little detail beyond confirming that Iran had made good on its threat to reduce cooperation with International Atomic Energy Agency inspectors.

“The law has gone into effect from this morning,” said Iranian Foreign Minister Mohammad Javad Zarif, reiterating that Iran would no longer share surveillance footage of its nuclear facilities on a daily and weekly basis as in the past. “We had informed the IAEA about implementation of the law.”

The Atomic Energy Organization of Iran, Tehran’s civilian nuclear agency, has promised to keep the footage for three months, then hand it over to the IAEA — but only if granted sanctions relief.

Iran announced its plans to cease implementation of the so-called “Additional Protocol,” a confidential agreement between Tehran and the IAEA reached as part of the landmark nuclear accord. The agreement grants the UN inspectors enhanced powers to visit nuclear facilities and watch Iran’s program.

Nearly three years ago, former US President Donald Trump unilaterally withdrew America from the nuclear accord and reimposed sanctions on Iran that have squeezed its economy.

To create leverage over Washington, Iran has announced gradual breaches of the 2015 agreement over recent weeks. The country has started enriching uranium up to 20 percent purity, a technical step away from weapons-grade levels, as well as spinning advanced centrifuges and producing uranium metal.

In a show of defiance, Cabinet spokesman Ali Rabiei outlined further developments in Iran’s nuclear program on Tuesday. Over the last three weeks, he told reporters, Iran has installed an additional 148 high-tech IR2-m centrifuges at its Natanz nuclear enrichment facility and its fortified nuclear complex at Fordo, bringing the total number of centrifuges to up to 492. Another set of 492 centrifuges will be installed in the coming month, he said.

He added that Iran has installed two cascades of even more advanced centrifuges at its nuclear enrichment facilities, but did not specify where.

On Monday, Supreme Leader Ayatollah Ali Khamenei also signaled Iran would refuse to capitulate to US pressure over its nuclear program. Khamenei said that Iran could enrich uranium up to 60 percent purity if necessary, but reiterated the country forbids nuclear weapons. Tehran has long insisted that its nuclear program is for peaceful purposes, such as power generation and medical research.

Tuesday’s escalation followed IAEA Director-General Rafael Grossi’s emergency weekend trip to Tehran to negotiate the inspection restrictions. As part of a temporary deal, Grossi said the agency would maintain the same number of inspectors on the ground.

White House says US communicating with Iran over detained Americans