Informal areas have largely been responsible for absorbing most of Egypt’s growing urban population for the past 30 years. But most Cairenes didn’t notice these areas — or ashweyat, as the areas with red-brick buildings and narrow, unpaved streets are loosely called — until the Ring Road was built around the formal city limits about 10 years ago.

The road exposed neighborhoods that many residents had never seen before, showing them for the first time that formal Cairo had been completely surrounded by kilometer after kilometer of informal building.

Urban planners now estimate that about 75 percent of those living in greater Cairo live in informal areas, yet they remain unrecognized by state institutions and have not been drawn on official maps. To tackle the issue, three international programs held the first in a series of workshops Monday to better understand the issue and bring together various stakeholders.

One of its main concerns was to examine what has been happening in greater Cairo’s informal areas since the 25 January revolution. Data collected by renowned urban planners David Sims and Dina Shehayeb seem to suggest informal areas have been growing at almost twice to four times the rate as before.

Various attempts to divert this rapid growth have largely failed. Most notably, Cairo’s satellite cities — which cost billions of pounds to build — have only absorbed a fraction of the city’s growth due to their distance from downtown Cairo and lack of transportation services. No alternative housing can seem to compete with the needs-based minimalism by which these informal areas, buildings and communities continue to be constructed.

Technically, these structures are illegal. Those who build these red-brick buildings usually don’t own the land, nor do they have building licenses, and most of them are built on valuable agricultural land.

But little can be done to prevent the massive growth, aside from a relatively rare forced eviction or demolition, to the point that formal Cairo now represents the minority of the urban population. Politicians rarely discuss this growth, however, and continue to boast about the city as if it were mostly formal.

That fact may leave some wondering: What is Cairo, if not an informal organism altogether? And why is it not a bigger part of the national dialogue after the revolution?

Agnes Deboulet, a sociology professor from the University of Paris, suggests that establishing the right terminology is one of the most important aspects of creating productive national dialogue about informal housing.

“Residents of informal areas don’t refer to them as ashweyat — they have area names and districts that have local value and a richness that isn’t understood by the government or even many independent planners,” she said. “We need to develop relationships with these areas, integrate them and make them part of the whole. They don’t need development programs — maybe we do.”

“Informal housing” in Egypt is a very broad term that can be applied to run-down slums with little to no access to services, as well as beautiful buildings inhabited by professionals with access to broadband Internet, just on the periphery of formal Cairo.

Urban planners at the workshop seem to strive toward a more holistic approach that could address and understand the source of the issue, instead of “chasing informal areas with demolition and development plans, because [informal area residents] outnumber us and the problem is growing too fast,” says Shehayeb, who is director of the Housing and Building National Research Center.

Yahia Shawkat, architect and representative from the Egyptian Initiative for Personal Rights, added that simple facts of affordability and lack of resources could not be ignored.

He said that, since the revolution, many civil society groups — both old and new — have become stronger in gathering information, as well as pressuring and building bridges with government bodies.

But one of the biggest issues, he said, was the lack of agency given to informal communities, which often hinders two-way dialogue.

“We need to give them agency,” he said. “They are the ones there, who built their environment, and we must give them a voice. [Without doing so], the biggest threat to national interests remains the state itself.”

This raised some questions about the importance of cleaning out and restructuring municipalities, and allowing communities in informal areas to elect their own officials. However, the country has yet to hold parliamentary elections, perhaps rendering this point moot for the time being.

Meanwhile, government officials often spoke about informal areas negatively, in terms of word choice and the pictures used in slides.

Independent planners used a relatively positive tone during their presentations, almost praising people in informal areas for having their thumbs on Cairo’s pulse.

Government officials seemed to acknowledge the problem, but projects highlighted by various speakers seem to apply specific solutions to an otherwise poorly understood and non-specific problem.

Mahmoud Kamel, an engineer and Giza Governorate representative, described extensive development work being carried out in informal areas along the railway lines west of Dokki. Projects like these are also carried out in cooperation with foreign advisory bodies such as UN-Habitat.

While the project addresses specific threatened informal areas, which were the focus of government representatives’ presentations, it does not offer a holistic solution to informal growth.

Yet, a panel held by partner groups including UN-Habitat that have been working with the government on projects such as the one west of Dokki stated that new emerging government actors seem to be more open to addressing informal growth — and doing so more urgently.

“How far that will go is yet to be seen, but it’s important to note increased interest in some of the issues,” said Katja Schafer, who works on developing informal areas and is chairperson of the Development Partners Group on Urban Development.

After a bit of to-and-fro discussion during the question-and-answer session between urban planners and government representatives, Nahed Naguib, a senior planning official from the General Organization of Physical Planning, admitted that “working on specific, badly threatened areas is our main focus now.”

“We have yet to establish a comprehensive strategy to address the issue as a whole,” Naguib said.

A major factor in this appeared to be conflicting information from all parties, even among government officials. Sims, the author of “Understanding Cairo: The Logic of a City Out of Control” stressed that coming to an agreement on information about informal areas is a must in addressing the situation.

An example of this surfaced during the talks. Al-Ahram state newspaper had reported that the agriculture minister said in early March that people had built informal structures on 30,000 feddans of land since the revolution. But audience member Manal Batran, coordinator of the Green Building Council, another government body, said that number was closer to 400,000.

“You can’t develop strategies without agreements from all stakeholders about what the terminology is and what the facts are,” Sims said.

But as disconnects in approach and vision became clearer throughout the day, government officials and urban planners seemed to learn from each other.

During the workshop’s second half, UN Development Program adviser and keynote speaker Khaled Abdel Halim said that perhaps the workshop’s vision was to understand and establish the limitations of government and independent bodies, and find a way for them to work together.

Abdel Halim ended the workshop by saying the time was right for civil groups and the government to understand their abilities, available resources and limitations — and hence continue to push to discover and establish new ways of working together.

He hopes they can “ultimately change perceptions of oppositional voices and try to ensure that we are really on a path to developing a national vision and solution for this informal growth crisis.”

“Such a strategy, if implemented, will determine the future of Egypt’s cities, and must be done now,” he said. 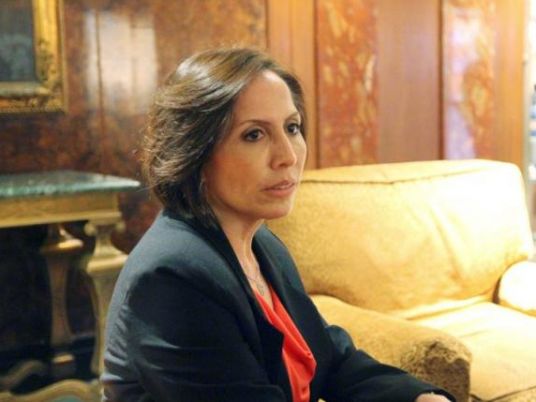 Ecuador appeals to tourists to return as earthquake hits economy