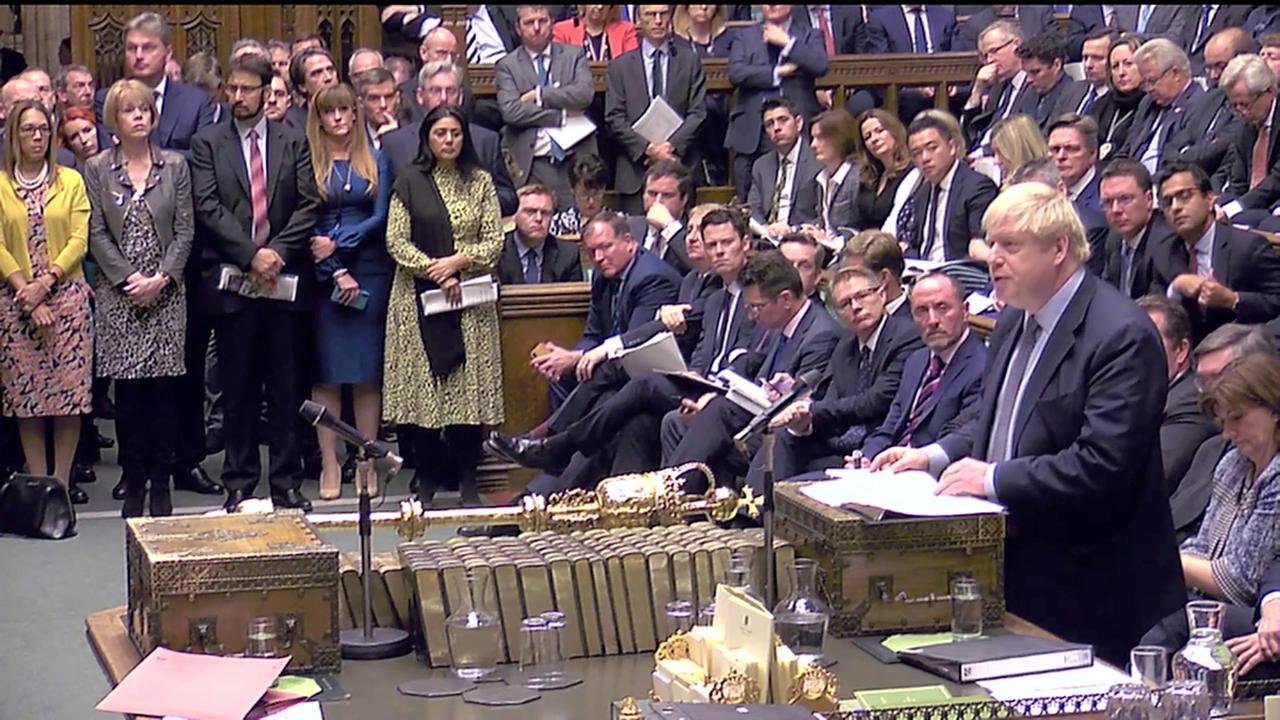 LONDON (Reuters) – Boris Johnson’s government stepped up pressure on lawmakers on Sunday to back the prime minister’s bid to hold an early election and break the Brexit impasse, saying Britain was being held “hostage” by parliament.

But with the main opposition Labor Party waiting for the European Union to grant a Brexit delay and two other parties launching their own bid for an even earlier election, the government’s bid so far looks set to fail.

Britain was due to leave the EU on Thursday, but despite the government arguing this is still the legal default date, few expect Johnson to meet his “do or die” promise to deliver Brexit on Oct. 31 after the bloc agreed to another delay.

More than three years since Britain voted to leave the EU, the divided country and its parliament are still debating over how, when and even whether Brexit, Britain’s biggest policy shift for more than 40 years, should happen.

All Britain’s political parties agree an election is needed to break the standoff over Brexit, but do not see eye-to-eye on its timing. For many lawmakers, an attempt by Johnson to set the terms of a new election raises concerns that he might renege.

But a source at Johnson’s Downing Street office said the prime minister would do all he can to force an election to “get Brexit done”, including considering options offered by other opposition parties.

“Parliament cannot hold the country hostage any longer,” Johnson said late on Saturday. “Millions of businesses and people cannot plan their futures, this paralysis is causing real damage and the country must move on in 2020.”

His culture minister, Nicky Morgan, doubled down on the message on Sunday, warning lawmakers that Thursday was still “the default leaving date”.

“So that should focus minds,” she told Sky News.

Last week, Johnson called for a general election on Dec. 12, offering parliament until Nov. 6 to ratify his Brexit deal – the first time Britain’s prime minister had conceded he would not meet his Oct. 31 deadline.

It is his third attempt to get the required backing in parliament, where he needs the support of two-thirds of its 650 lawmakers for a new election.

The easiest path for the governing Conservatives would be if the prime minister’s move was supported by the Labor Party, which so far has said it needs to see what kind of delay the EU would offer before making a decision.

The EU has agreed there should be an extension but has set no departure date, saying it would wait to see how parliament voted on Johnson’s call for an early election.

“Of course we want a general election but we’ve got to make sure that we get those absolute reassurances that Boris Johnson won’t use a general election and the campaign to crash us out of the European Union with a disastrous no-deal Brexit,” said Jon Ashworth, Labor’s health policy chief.

“That is what we’re waiting for.”

On Sunday, a Downing Street source gave a veiled warning to Labor lawmakers, saying the government would consider all options, including those proposed by other opposition parties, if Labor opposed “being held to account by the people yet again”.

That could suggest the government may consider backing a move by two other opposition parties, the Scottish National Party and Liberal Democrats, which have written to Donald Tusk, president of the European Council, to ask for a delay until Jan. 31. They want a new poll on Dec. 9.

Earlier, Morgan and Labor’s Ashworth described the move as a stunt, putting into question whether the two parties’ alternative bid could be passed by parliament.

With the government looking likely to lose its vote on Monday, former finance minister Philip Hammond had a word of warning for the prime minister.

“I shall be voting against him. This is not the time to be holding a general election, it is a time for cool heads and grown-up government,” Hammond told Sky News.

“The government should stop making threats, stop throwing tantrums and get on with the grown-up business of doing its business.”

Image: FILE PHOTO: Britain’s Prime Minister Boris Johnson speaks at the House of Commons as parliament discusses Brexit, sitting on a Saturday for the first time since the 1982 Falklands War, in London, Britain, October 19, 2019, in this screen grab taken from video. Parliament TV via REUTERS/File Photo