Facebook Twitter LinkedIn
Animal welfare activists and lovers in general are rejoicing at the new Ramadan TV show, “Stories of Animals in the Quran,” which starts its daily broadcast on 1 August on Al-Hayat channel.
Thirty half-hour episodes that depict the lives of animals mentioned in the holy book will be screened in an attempt to improve the treatment of animals, using religion as a powerful motivator.
This topic very different from the usual Ramadan TV shows, with their share of thwarted loves, terrible deceptions and complicated familial imbroglios, even before considering that it is a cartoon and famous Egyptian actors take on the voices of the various animal characters.
“The release of this new TV show is fantastic news for us,” says Dina Zulfikar, a renowned animal welfare activist who is convinced of the success of this show. “One of Egypt’s most beloved actors, Yehia El-Fakharany, is narrating the stories, and this in itself ensures a broad audience in Egypt and in other Arab countries,” she explains.
Ashraf al-Mallakh of Associates Media Production is the producer of this brand new TV show. He explains that he has had the idea in mind for at least 10 years, and that the book “Animals in the Glorious Quran,” written by renowned writer Ahmed Bahgat in 1983, gave him the inspiration to produce this cartoon. “This book presents an ideal blend of Quranic stories and important information on animals’ nature and behavioral patterns.”
He stresses that these stories “make a perfect historical drama without affecting the true essence of the Quranic text.” About a year ago, Mallakh contacted Bahgat’s son Mohamed Ahmed Bahgat – a famous poet and columnist at Al-Ahram – to offer him the chance to write the script for the cartoon.
Bahgat was immediately thrilled at the prospect, as he had always dreamed of writing the script of a cartoon, even to the point of considering moving to the US to work for Disney.
“My father has been sick for a while now, so I was the one chosen to write the script, and honestly no other media would have better suited my father’s story better than a cartoon,” he says.
It took him six months to complete the script, and a total of 17 stories of animals will be broadcasted during the holy month.
The Quran contains a wealth of stories with animals playing a significant role.
For example, there is the crow that God sent to Adam’s son to help him hide the body of his brother, the wolf that was wrongly accused of devouring Youssef, and the whale that swallowed Youssef before throwing him back on the land, due to his belief in God.
There is also the story of the elephant of Abraha, which refused to cross the boundary of Mecca to destroy the holy city, sat down and could not be persuaded otherwise by reason or violence.
Out of 114 "suras," or chapters, that compose the Quran, six of them are named after animals – the cow, the ant, the elephant, the bee, the spider and the cattle.
“You would be surprised how most people are not aware of the fact that six suras have animals’ names,” exclaims Zulfikar, who has been conducting monthly awareness campaigns on animals at the Giza Zoo for the past five years.
“I have asked parents and children this question a million times: 'How many suras have animal names?' No one has ever been capable of giving me the right answer,” she says with a shrug. “This is why broadcasting this show is so crucial, to acknowledge the role of these beautiful creatures, and hopefully dramatically change people’s behavior toward them."
Ahmed Bahgat, an unabashed animal lover, wrote in his book’s introduction that he has come to believe that truth is the greatest value in life, and that he has found it “as a raw material in animals, just like you find unpolished diamonds in the ground: a look devoid of illusions, lies and obscurity.” He also added in this introduction that the pure truth we find in animals does not exist in humans.
Zulfikar is convinced that the poor treatment of animals in the Middle East and Egypt specifically has a lot to do with a crippled education system that introduces each animal to children as an “it."
“When you refer to an animal as an 'it,' the animal becomes an object not more valuable than a piece of furniture,” she explains. “I am sure that this TV show will be more effective than any million-pound awareness campaign for animals, because millions of people will be watching the program in the evening.”
Indeed, the Egyptian audience will not be the only one able to follow these animal stories on a daily basis during Ramadan, as Al Jazeera in the Gulf, Al-Sumaria TV in Iraq and Malay TV in Malaysia have also purchased the broadcasting rights. An English version is also in the making and should be completed in three months, according to the producer.
Tags
al-Hayat animals Quran Ramadan Yehia El-Fakharany 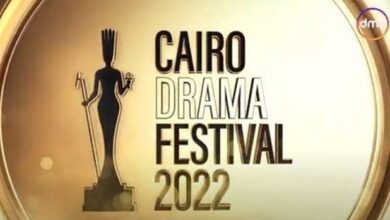