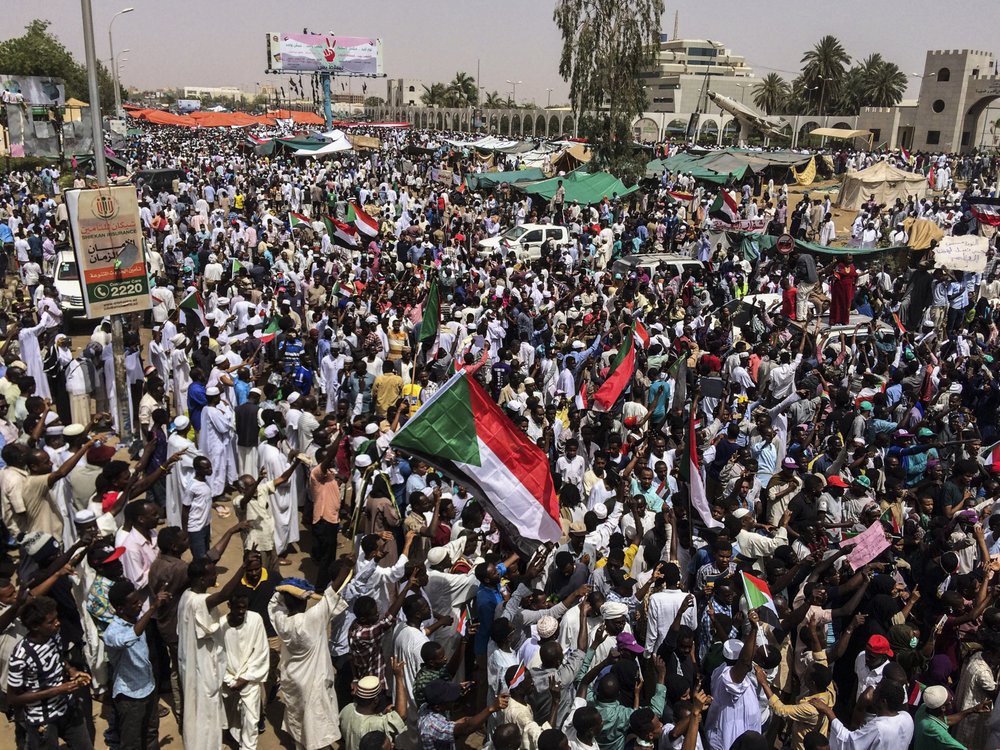 The Cabinet is part of a power-sharing agreement between the military and pro-democracy demonstrators, following pressure from the United States and its Arab allies amid growing concerns the political crisis could ignite a civil war.

The agreement, which capped months of negotiations, also included a joint military-civilian sovereign council and a legislative body. Both bodies along with the Cabinet are to govern Sudan for little more than three years until elections can be held.

“A new stage in Sudan’s history starts today,” Prime Minister Abdalla Hamdok said at a news conference in the capital, Khartoum. “We are seeking an end to the war and (want to) achieve sustainable peace.”

He said the Cabinet would “immediately” go to work on the top challenges facing the transitional administration, which include overhauling the ailing economy and achieving peace with armed groups.

Achieving peace would sharply reduce military spending, which takes up as much as 80% of the state budget, Hamdok said.

“If we could put an end to this (military spending), it would go to health and education,” he said.

Mass demonstrations that led to al-Bashir’s military ouster initially erupted in December over Sudan’s dire economic conditions, but protests quickly turned into calls for him to step down after three decades in power.

The Cabinet includes four women, in an apparent acknowledgement of Sudanese women’s participation in the uprising.

The body was supposed to have been announced late last month but internal negotiations within the pro-democracy movement delayed its formation.

Hamdok picked Asmaa Abdalla as the first woman to serve as foreign minister in Sudanese history. He also picked women to lead the Sports and Youth Ministry, the High Education Ministry, and the Labor and Social Development Ministry.

The prime minister, a respected former official with the U.N. Economic Commission for Africa, picked Ibrahim Elbadawi, a former World Bank economist, to as finance minister. Elbadawi holds a doctorate in economics and statistics from North Carolina State and Northwestern universities in the U.S.

The power-sharing deal stipulates that the military members on the Sovereign Council would choose the defense and interior ministers. The military nominated Lt. Gen. Gamal Omar, who was a member of the disbanded military council that took over power after al-Bashir’s ouster, as defense minister. It named al-Traifi Idriss as interior minister.

Hamdok said he was still negotiating with the pro-democracy movement on the remaining two positions to complete his 20-member Cabinet.

He also called on the Unites States to end Sudan’s international pariah status.

“We hope … that the U.S. administration removes Sudan from its list of state sponsors of terrorism. This is a main key. Sudan is not a threat to anybody,” Hamdok said.

The U.S. named Sudan a state sponsor of terrorism in 1993, and the designation stuck through the al-Bashir regime. As one of the last acts of the Obama administration, the United States began a formal process to de-list Sudan in January 2017, but this was put on hold when Sudan’s mass protests began in December and is awaiting the country’s political situation to stabilize.

Al-Bashir, who rose to power in an Islamist-backed military coup in 1989, failed to keep the peace in religiously and ethnically diverse Sudan, losing three quarters of the country’s oil wealth when the mainly animist and Christian south seceded in 2011 following a referendum. The loss of oil revenue plunged the economy into a protracted crisis that continues.

Sudan has also been convulsed by rebellions in its far-flung provinces for decades. While a rebel alliance joined the pro-democracy coalition, it said last month that it should be represented in the transitional government.

The power-sharing deal calls for the government to reach a peace agreement with the rebels within six months. Hamdok has said peace with armed groups is one of the top priorities during the transition.

FILE – In this April 12, 2019 file photo, demonstrators rally in Sudan’s capital, Khartoum. For the first time in three decades, Sudan has charted a path out of military rule following the formation of a power-sharing government by the pro-democracy movement and the generals who overthrew longtime autocrat Omar al-Bashir. But the fragile transition will be tested as leaders confront a daunting array of challenges. (AP Photo, File)