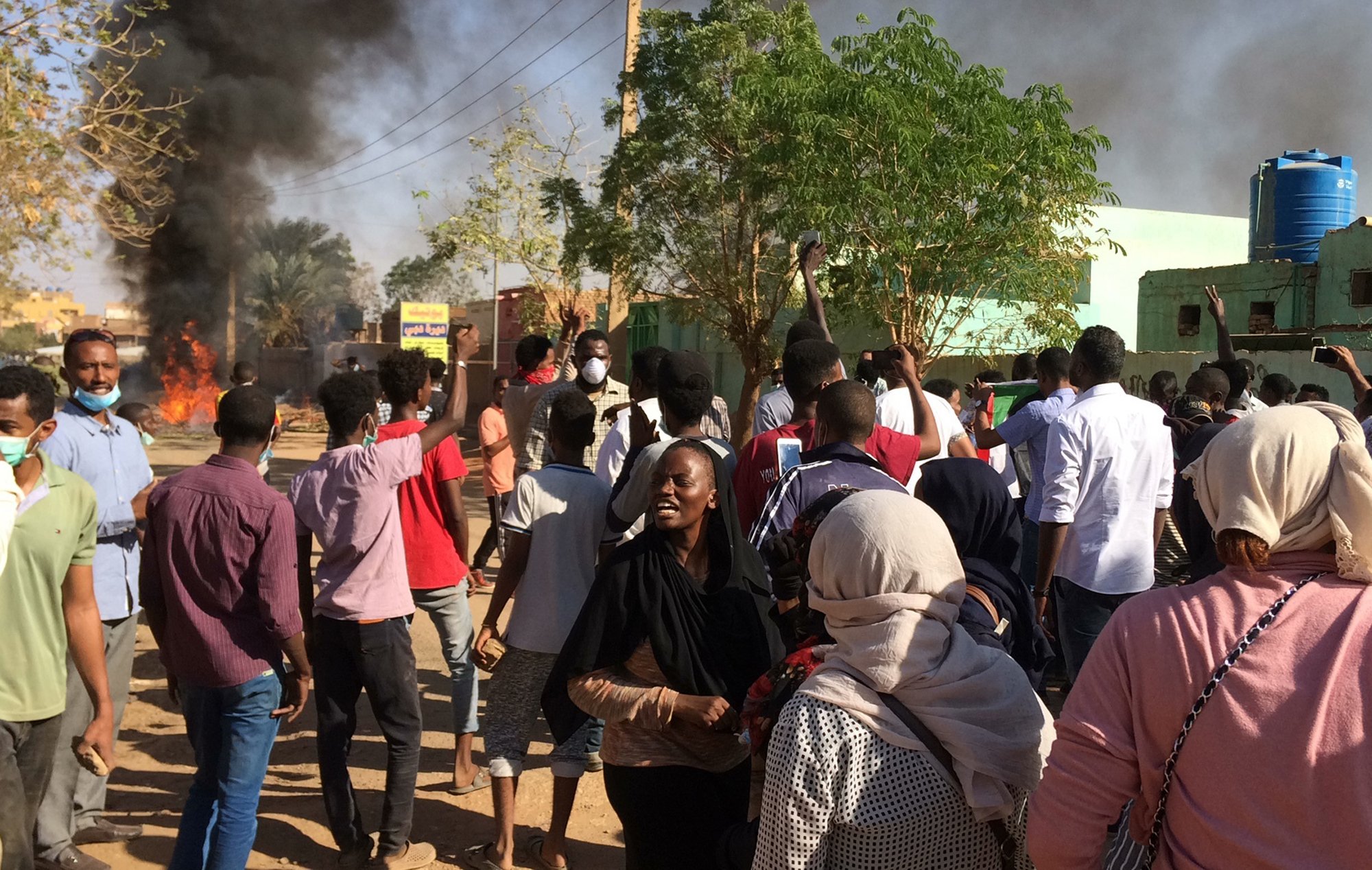 CAIRO (AP) — Three months after Sudanese protesters rose up against President Omar al-Bashir, the longtime autocrat has bound himself more tightly to the military and refuses to bow to their demands.

The wily 74-year-old has remained in power through three decades of war and sanctions, the secession of Sudan’s oil-rich south in 2011 and an international arrest warrant for genocide and war crimes linked to the Darfur conflict.

But since December he has faced the biggest protests of his long rule, with political parties and unions demanding his ouster and demonstrators chanting slogans from the 2011 Arab Spring.

A look at where things stand, three months on.

Demonstrators are still taking to the streets nearly every day despite a heavy crackdown by security forces. The largest protests are being held in the capital, Khartoum, and nearby Omdurman, with smaller ones breaking out elsewhere.

Activists said in early February that 57 people had been killed, while the government put the toll at 31, including police. Neither has updated those figures since then, even as clashes have regularly erupted, with police dispersing protesters with tear gas, rubber bullets, live ammunition and batons. Hundreds of people have been arrested and are still behind bars.

The umbrella group of independent professional unions that has been spearheading the protests is sticking to its demands that al-Bashir’s administration be replaced with an interim government that would prepare the country for new elections.

Sarah Abdel-Jaleel, a spokeswoman for the group, said they call for a “total change of the regime to meet the aspirations of the Sudanese people.”

“There is no room for compromises with this regime. History tells us that dialogue with the regime was not fruitful,” she said. “We will continue our peaceful resistance.”

Al-Bashir has offered little in the way of concessions, beyond calling for a national dialogue and asking parliament to postpone constitutional amendments that would allow him to seek a new term in next year’s elections.

Instead, he has bound himself more tightly to the country’s feared security forces, replacing all state governors with senior military officers. He has declared a state of emergency, banned all unauthorized gatherings and given security forces sweeping powers to try and quash the protests.

Al-Bashir also dissolved the government last month. But his hand-picked prime minister on Wednesday announced a new Cabinet that keeps the defense and foreign ministers in place.

Al-Bashir stepped down as leader of the National Congress party but handed power to hard-line Islamist Ahmed Harun, who is also wanted by the International Criminal Court on charges linked to the conflict in Darfur in the 2000s.

Al-Bashir’s embrace of the military appears to be aimed at avoiding a repeat of the coup that brought him to power in 1989.

Al-Bashir has been isolated internationally for most of the time he has been in office. Western countries expressed concern about the violence in the early days of the protests, but have been largely silent since then.

Arab countries have meanwhile remained largely neutral, fearing any revival of the Arab Spring protests that swept the region in 2011 but also viewing al-Bashir as an unreliable ally.

The longtime leader has courted various Gulf states in recent years, playing both sides in the Saudi-Qatari rivalry without strongly committing to either. Relations with neighboring Egypt have oscillated over a longstanding border dispute and the construction of a major hydroelectric dam in Ethiopia that threatens to cut into both countries’ share of the Nile.

In the absence of strong international pressure, the deadlock between the protesters and the government looks set to continue. For now, both sides appear to think that time is on their side.

In this Jan. 13, 2019 file photo, anti-government protesters rally in Khartoum, Sudan. Three months after Sudanese protesters rose up against President Omar al-Bashir, the longtime autocrat has bound himself more tightly to the military and refused to bow to their demands. Al-Bashir has remained in power through three decades of war and sanctions, the secession of Sudan’s oil-rich south in 2011 and an international arrest warrant for genocide and war crimes linked to the Darfur conflict. (AP Photo, File)