Sunday’s papers bear unprecedented headlines marking what could be one of the most important turning points in Egypt’s history in decades.

Egyptians’ long anticipation for the first democratically elected leader after the 2011 popular uprising is set to come to an end within few hours.
Independent daily Al-Shorouk and party paper Al-Wafd share identical top headlines, “Today … Egypt knows the president.”
The Presidential Elections Commission has said it will announce Sunday at 3 pm whether Ahmed Shafiq, an old regime stalwart and former prime minister, will fill the post left vacant when Hosni Mubarak was toppled after 30 years in office, or if Muslim Brotherhood substitute candidate Mohamed Morsy will be Egypt’s first Islamist president.
State-owned Al-Ahram highlights the deeply polarized political climate that has divided Egyptians.
The paper states that while thousands of protesters flooded the Memorial of the Unknown Solider in Nasr City on Saturday in support of Shafiq and the legitimacy of the Supreme Council of the Armed Forces, Brotherhood supporters have been camping out in Tahrir Square since Wednesday to protest the supplement to the Constitutional Declaration issued by the SCAF last week.
Al-Shorouk leads with a story about the negotiations between two bitter enemies, the military and the Islamists. During the past week they have been attempting to find a way out of the current political impasse.
Both sides, however, have come out of their several meetings “empty-handed” so far. The paper, which uses an article from Reuters, quotes Khairat al-Shater, a key Brotherhood leader, as saying, “We have met with them to discuss how to get out of the crisis…but the generals feel that they are the proprietors of authority and have not yet reached a compromise.”
Last Tuesday, the ruling military council issued a constitutional annex stripping the upcoming president of most of his powers and ordered the dissolution of the Islamist-dominated Parliament, a move denounced by Islamists as a “soft military coup.”
Privately owned daily Youm7 publishes a short paragraph at the bottom of its front page on the launch of a new political bloc, along with handful pictures of its prominent members.
It is reported that the coalition was formed by the Tagammu Party, the Free Egyptians Party, the Democratic Front Party and other parties aiming to protect Egypt from religious despotism and the revival of the former regime.
In a statement, delivered by former MP Alaa Abdel Moneim, the bloc said they respect the Egyptian judiciary and its rulings, adding that the result of the polls should be accepted, no matter what it is.
Naguib Sawaris, the Free Egyptians Party founder and a telecoms tycoon, echoed the statement. saying, “I would be the first to congratulate Morsy if he is victorious” and rejecting American interference in Egypt’s internal affairs.
“At 3 pm Morsy is the president of Egypt,” reads the bold, red headline of Freedom and Justice, the Brotherhood’s mouthpiece paper.
Throughout the pages of the paper, a selection of confident headlines is run on Morsy’s victory despite the fact that the official announcement of elections results has not been released yet. “Finally … January’s revolution finds its leader” and “Today … Presidential Elections Committee announces officially Morsy as president” are typical.
On its second page a feature lists tallies allegedly provided by electoral officials. Annulled ballot cards added 20 votes for Morsy and 28 for Shafiq, which still secures presidency for Morsy, Freedom and Justice reports.
Mokhtar al-Ashry, a member of the Freedom and Justice Party's legal committee, is quoted as saying, “After the Presidential Elections Committee heard the submitted appeals and recounted the votes from four polling stations, the results of which Shafiq had appealed, the number of invalid votes do not affect the run-off results.”
In the first round, Morsy won the presidency with 51.13 percent, knocking Shafiq down with a slim difference.
Egypt’s papers:
Al-Ahram: Daily, state-run, largest distribution in Egypt
Al-Akhbar: Daily, state-run, second to Al-Ahram in institutional size
Al-Gomhurriya: Daily, state-run
Rose al-Youssef: Daily, state-run
Al-Dostour: Daily, privately owned
Al-Shorouk: Daily, privately owned
Al-Watan: Daily, privately owned
Al-Wafd: Daily, published by the liberal Wafd Party
Youm7: Daily, privately owned
Al-Tahrir: Daily, privately owned
Freedom and Justice: Daily, published by the Muslim Brotherhood's Freedom and Justice Party
Sawt al-Umma: Weekly, privately owned
Al-Arabi: Weekly, published by the Nasserist Party
Al-Nour: Official paper of the Salafi Nour Party
Tags
2012 presidential election media result runoff 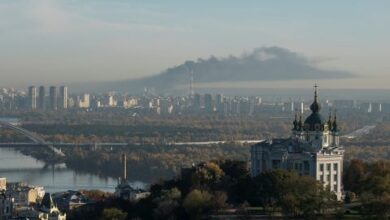