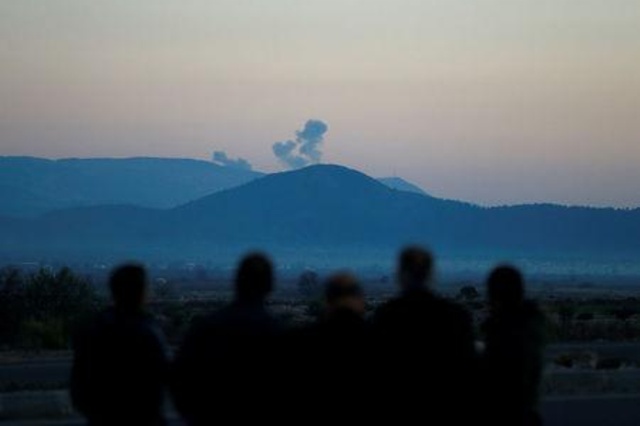 The Syrian army could enter the Kurdish-held enclave in Afrin within the next two days after the Kurds agreed to let the Damascus government repel a Turkish offensive, Reuters news agency reported on Sunday, citing a senior Kurdish official.

What the Kurds said

What does this mean? The Damascus government and Kurdish forces each hold more territory than any other side in the Syrian civil war. Their cooperation could be pivotal as to how the conflict unfolds.

Who are they repelling? Ankara launched an air and ground offensive on the Afrin region in January against the YPG militia. It views the YPG as terrorists with links to an armed insurrection in Turkey. For the Turkish government, attacking Afrin is about assuring geopolitical interests and domestic security.

Are Kurdish goals compatible with Syria’s? President Bashar al-Assad’s government and the YPG have mostly avoided direct conflict. However, they have occasionally clashed and have very different visions for Syria’s future. Both believe in a possibility for a long-term agreement, but Assad has said he wants to take back the whole country.

How powerful are the Kurds? Since the onset of Syria’s conflict in 2011, the YPG and its allies have established three autonomous cantons in the north, including Afrin near the Turkish border. Their sphere of influence has expanded as they seized territory from the “Islamic State” group with the help of the US. However, Washington opposes the Kurds’ political ambitions, as does the Syrian government.

What happens next? Jia Kurd has said forces are to arrive in two days, but the deal has not been confirmed.