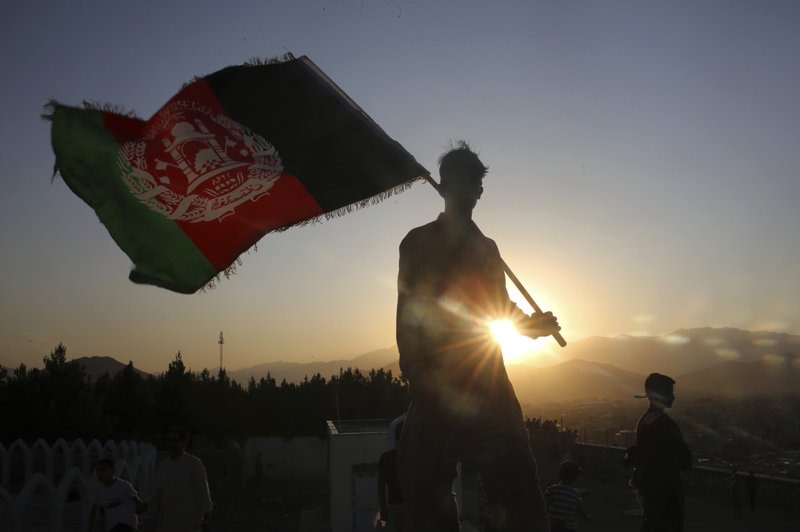 ISLAMABAD (AP) — The long-awaited peace talks between the Taliban and the Afghan government’s negotiating team are to begin on Saturday in the Gulf Arab state of Qatar, the Taliban and Qatar’s foreign ministry said Thursday.

The talks — known as intra-Afghan negotiations — were laid out in a peace deal that Washington brokered with the Taliban and signed in February, also in Qatar, where the Taliban maintain a political office. At the time, the deal was seen as Afghanistan’s best chance at ending more than four decades of relentless war.

Shortly after the announcement, President Donald Trump said U.S. Secretary of State Mike Pompeo would travel to Qatar, to attend the start of the negotiations. Sediq Sediqqi, spokesman for Afghan President Ashraf Ghani, confirmed in a tweet that their delegation will be in Qatar’s capital of Doha for the talks and said the president wished the negotiating team success.

Pompeo issued a statement welcoming the start of negotiations and saying they will mark “a historic opportunity for Afghanistan to bring an end to four decades of war and bloodshed.”

“The people of Afghanistan have carried the burden of war for too long,” Pompeo said.

That deal Washington signed with the Taliban aims to end Afghanistan’s protracted war and bring American troops home while the intra-Afghan talks are to set a road map for a post-war society in Afghanistan.

The negotiations are expected to be a difficult process as the two sides struggle to end the fighting and debate ways of protecting the rights of women and minorities. The Taliban have promised women could attend school, work and participate in politics but stressed that would all be allowed in keeping with Islamic principles — without saying what that might mean.

The Taliban have also said they would not support a woman becoming president of Afghanistan and that while they would allow for women to judges, a woman could not serve as a chief justice.

Meanwhile, Kabul’s reconciliation council has an array of disparate figures, including hard-liners such as Abdul Rasool Sayyaf, a former warlord who served as the inspiration for the Philippine’s Abu Sayyaf militant group, and Gulbuddin Hekmatyar, a one-time U.N.-listed terrorist. Both espouse deeply restrictive interpretations of Islam.

Hekmatyar in an earlier interview with The Associated Press also rejected women serving as chief justice. Afghanistan’s Parliament has so far been unable to ratify a Violence Against Women’s bill because it is feared that hard-line lawmakers would defeat any such legislation.

The government’s negotiation team includes several women who will carry a heavy burden to defend and protect rights for their gender, analysts say. The Taliban have no women on their team.

The fate of the tens of thousands of armed Taliban, as well as militias loyal to government-allied warlords, will also be on the agenda, along with constitutional changes for Afghanistan.

There’s also the issue of power sharing. While the Taliban have said they do not want to monopolize power, the suggestion of an interim administration has largely been rejected by Kabul. Deep mistrust also exists on both sides

Washington’s peace envoy Zalmay Khalilzad, who negotiated the U.S.-Taliban deal signed on Feb. 29, has been in Doha for the past week, trying to push the talks forward.

The withdrawal of U.S. troops are not dependent on the success of the upcoming negotiations but rather on commitments taken by the Taliban under the deal with the U.S. to fight other militant groups, most specifically the Islamic State group, and to ensure that Afghanistan is not used as a staging ground for attacks on the United States or its allies.

Washington and NATO have already begun withdrawing troops and by November America expects to have less than 5,000 troops still in Afghanistan.

The start of negotiations had been plagued by delays as the two sides squabbled for months over the release of prisoners until the exchange was complete earlier this month — 5,000 Taliban freed by the Afghan government and 1,000 government and military personnel who were released by the Taliban. The prisoner release was also set in the U.S.-Taliban deal as a prerequisite for the start of the intra-Afghan negotiations.

However, the negotiations will begin under difficult circumstances, marred by stepped up attacks on Afghan forces by the Taliban, target killings and attempted assassinations. Scores of civilians have died in the crossfire. There have also been attacks on released Taliban prisoners returning to their homes and accusations by the insurgents of being attacked inside their homes with their families.

Abdullah Abdullah, the head of Afghanistan’s High Council for National Reconciliation, the body that is overseeing the negotiations on behalf of the government, will attend the opening of the talks but the day-to-day negotiations will be carried out by a team headed by Mohammed Masoom Stanikzai, a former intelligence chief.

Abdullah was appointed head the council as part of a power-sharing agreement with Ghani to end a political standoff between the two following last year’s controversial presidential elections. The country’s election commission declared Ghani the winner while Abdullah claimed he had won and went on to self-declare himself president.

The impasse lasted for months — also delaying the start of the intra-Afghan negotiations — before the U.S. negotiated a power-sharing deal under which Abdullah joined the government.

The Taliban’s 21-member negotiation team is headed by their chief justice Abdul Hakim and includes 13 members of the insurgent’s leadership council.

Pompeo in his statement warned both sides against squandering this opportunity to hammer out a negotiated end to the fighting.

“This opportunity must not be squandered,” Pompeo said. “Immense sacrifice and investment by the United States, our partners, and the people of Afghanistan have made this moment of hope possible. I urge the negotiators to demonstrate the pragmatism, restraint, and flexibility this process will require to succeed. The people of Afghanistan and the international community will be watching closely.”

Also Thursday, Trump, who promised in the 2016 presidential campaign to bring U.S. troops home from Afghanistan, announced he has picked William Ruger, vice president for research and policy at the Arlington, Virginia-based Charles Koch Institute, as the next ambassador to Kabul.

Picking Ruger, a veteran of the war who advocates withdrawing U.S. forces from the country, is seen as a way for Trump to underscore his desire to do just that.

“There are those who would like to see us remain at war in Afghanistan long into the future,” Ruger has said. “But the president should not allow a withdrawal deal to be bogged down by conditions that aren’t necessary for America’s safety.”

Trump has a narrow window to get Ruger confirmed by the Senate, which is set to recess in mid-October before the U.S. presidential election in early November.

Associated Press writers Matthew Lee and Deb Riechmann in Washington and Tameem Akhgar in Kabul, Afghanistan, contributed to this report

FILE – In this Aug. 19, 2019, file photo, a man waves an Afghan flag during Independence Day celebrations in Kabul, Afghanistan. Officials on both sides of Afghanistan’s protracted conflict say efforts are ramping up for the start of intra-Afghan negotiations, a critical next step to a U.S. negotiated peace deal with the Taliban. (AP Photo/Rafiq Maqbool, File)